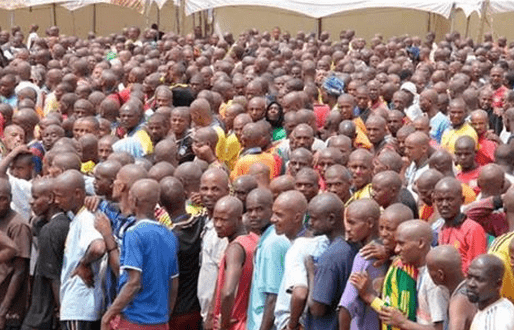 An ancient Arabian proverb says: “An army of sheep led by a lion would defeat an army of lions led by a sheep”.

Throughout history, Oromo youths have paid heavy sacrifice in defense   of   their   nation   against   the   barbaric   Abyssinian aggressors. Before Oromia lost its sovereignty to Abyssinia, our forefathers   organized,   trained   and   armed   the   youth   and defended the Oromo nation for many centuries. Before the conquest, the Oromo cavalry, for instance, was one of the best in the world. The then Oromo army was well trained and properly guided, and hence instilled the fear of God into the hearts of their enemies. The military tradition of proper organization and the system of continuity from one generation to the next through the Gada military structure guaranteed not only the survival of the Oromo nation, but also its prosperity.

The current generation Oromo university and secondary school students are standing up to the barbaric Agazi force and facing down the TPLF guns once again http://qeerroo.org/2014/08/28/barattooti-oromoo-yuuniversitii- wallaggaa-200-taan-hidhaman-26-ammoo-warnaana-wayyaaneen- reebamii-1-ajjeefamuun-fdg-caalaatti-itti-fufsiise/  These students are well aware of the TPLF brutality but have shown tremendous bravery and are paying  the ultimate sacrifice by giving their young life for the freedom of their country, for which I  salute  them.  This sort  of  selflessness is not  unique  to  the current Oromo youth; however, what is different this time is that they are not well prepared in military sense, unlike their forbearers. As a matter of fact, the Oromo military institution never recovered fully from its defeat in the hands of the Abyssinians some 150 years ago. The OLF was formed, nearly half a century ago, in order to reverse this trend once and for all. The OLF,  so  far,  has  succeeded  in  reawakening  the  spirit of  the nation, but has not yet succeeded in reinstituting the Oromo military might. The job, I personally believe, the next generation has to accomplish.

When the Mengistu regime was brought to an end in 1991, the OLF was received with unimaginable goodwill from the young and the old alike. In particular, Oromo youths, artists, activists, and professionals including doctors, engineers and former soldiers of the then defeated Mengistu’s army joined the organization in their droves.

So, what happened to the then youths who joined the OLF in 1991? It is fair to say that the class of 1991 was tentative in terms of its national awareness and its understanding of the goa of the struggle. However, there were many who got the message and coopted into the rank and files of the OLF. Many were given political and military training and some remain with the OLF to this date. It is also fair to mention that some were Ethiopianists and a few did huge damage to the struggle, which we will not go into now, in the interest of remaining focused on the matter at hand. Let us focus on the lost opportunities to avoid repeating the same mistake again. After all, we all know that history is there to punish those who do not learn from it.

As far as the integration of the class of 1991 is concerned, the then OLF leaders in the eastern and southern commands quickly mobilized and retrained the newcomers and incorporated them into the well trained and battle-hardened Oromo Liberation Army (OLA), which at the time grew to an estimated 20,000 in number. But, the western front was not as successful for reasons we will not go into the detail again here. Suffice noting that the western command was totally suspicious of newcomers and avoided absorbing even the best and the brightest.

The enemy created the class of 2004 as usual. The TPLF regime moved  the  capital  of  Oromia  from  Finfine  to  Adama.  This triggered   mass   protest   led   by   the   veteran   Oromo   civic organization – Macha Tulama Association (MTA) – that resulted in university students’ protest followed by a brutal crackdown by TPLF  on  the  students  and  the  leaders  of  MTA.  The  TPLF summarily  dismissed  hundreds  of  Oromo  university  students. Some of these students made their way to the neighboring countries and joined the OLF. The cohort that reached the OLF offices in Nairobi, Khartoum and Asmara unfortunately at a time when the leaders of the so-called Asmara Group were making intense preparation to return to Finfine as a loyal opposition party. You can visualize the confusion they experienced by the apparent contradiction between what they witnessed on the street of Finfine before they were exiled and what they were told. The students became disillusioned very quickly and most of them left for Europe and North America.

Not seizing the moment and reinvigorating itself with new blood was utter failure of the OLF. The organization never learned from what happened a decade before. Furthermore, by 2004 the OLF was now split into two factions, namely along the lines of

‘pro-democratizing Ethiopia’ (aka Shane Gumi (SG)) advocating fair and free election as the means of the struggle and the ‘pro- independent’ camp (aka Qama Chehumsa (QC)) that insisted on continuing to struggle to liberate Oromia. Alas, the class of 2004 also failed to bolster the OLF like its predecessors a decade earlier in 1991. It is worth noting that these two wings have come together recently and working on reuniting the OLF since early this year. The entire nation wishes them every success in this endeavor.

The current generation of Oromo university students was not even born in 1991. This is not the only thing that is different about this class. What sets them apart is their profound understanding of the Oromo cause. Moreover, there are myriads of reasons why they are so different from the classes of 1991 and

ambivalence about the Ethiopian empire. They see it for what it

is – a merciless beast that is hell on planet earth and does not hesitate to chew them. Secondly, they are not only Qubee generation proper but also Internet generation. They are well connected throughout Oromia and across the globe. They can observe the freedom and wealth the Tigre enjoy and the stark poverty they and their parents are condemned to endure. They are many in number too, thanks to the hard work and immense sacrifice their parents paid  to raise  them and educate them despite the inferno of subjugation and exploitation imposed on them by total colonization by the TPLF. They look strong and very proud of their Oromoness. They are indomitable and look bristling  with  confidence  even  in  the  photo  above  after  the enemy dry shaved their heads to humiliate them. They can see the potential they and their country have and clearly understand what stands between them and success is a brutal alien regime.

Eritrea is a prison. She is a prison not only for outlawed organizations and liberation fronts, but also for her own citizens.

The current OLF leadership resides in Asmara. Why does Asmara accommodate the OLF and others? The answer is for her interest. In the short-term Eritrea receives money from other countries that oppose Ethiopia. In the long run, Eritrea would like to form another EPRDF that dominates the Ethiopian politics for strategic advantages.

In this context, the OLF finds itself in paralysis. The so-called SG OLF leadership has been stack in Asmara for 15 years. What is ominous is that even the QC leadership has joined the Asmara Group. Whether QC can deliver SG from the jaws of Eritrea needs to be seen in the near future. Afar shares border with Eritrea. The TPLF is rubbing salt on the OLF wounds by detaining thousands of Oromo revolutionaries under the nose of Eritrea who is hosting a faction of the OLF.

There are more than 3000 Oromo university students detained in a concentration camp in Afar zone. It is similar to the Stalin’s gulag concentration camp in Siberia in the former USSR. The only difference  is that  Siberia is  the  oldest place  on  earth  while Danakil is the hottest place known to mankind, the purpose the same nevertheless. Observing the TPLF attempting to humiliate and break the spirit of Oromo students who are the future of Oromia boils your blood. Anger alone will not help. There must be an organization that can harness the anger and transform it to organized resistance.

These students have studied mathematics and physics that would enable them to be trained in warfare and using modern weapons in a short space of time. These 3000 students are supposed to join OLA and be trained to build the OLF. Unfortunately the students  find  themselves  in  death  camps  doted  around  the empire. However, let us be clear that the TPLF is engaged in a loosing battle. If the TPLF calculated that political indoctrination would dissuade the students from their stance in fighting for freedom then it got it totally wrong. In fact, the students are shaped by their lived experience. So, any kind of indoctrination or imprisonment will not do. The students demand freedom and the chance to determine the destiny of their country.

One wanders if the students are not let down somehow by their elders. The Oromo liberation struggle has no leadership. The struggle, at this stage, demands a leadership that leads in the battlefield in the mountains of Oromia. The awareness and time of propaganda is over. Now is the time of military action. Lack of safe haven where the students could be looked after and be trained to fight the enemy is mindboggling. Why is it we do not have a liberated area or a base where our boys could be given military training?

On the one hand, the ODF was formed to be joining the peaceful movement in the streets of Finfine. However, ODF appears to be suffering from an unknown ailment that sent it to zombie land. Other home based quasi-legal Oromo organizations like ONC and OFC have melted away into other Abyssinian organizations and unable to lead or guide the Oromo youth involved in struggle with the TPLF. On the other hand, the OLF is no better.

The entire plethora of Oromo organizations have become unfit for purpose. The leaders who supposed to give the students guidance are not committed enough to take the risk. The fearless young men and women face down the enemy and are being killed in cold blood, whereas the so-called political leaders are incompetent and indifferent. What is more, the political organizations attempt to pretend they are coordinating the up rise and lay in waiting to benefit from any dividends, including fund  raising  from  the  Oromo  diaspora  in  the  name  of  the students. They live in hiding or in the safety of foreign capitals and even Finfine, when the youth are running battles with armed and merciless enemy. The incompetence of the current Oromo political leaders is to be blamed for the prolongation of the Oromo misery of human and environmental devastation by the enemy.

An inescapable fact of life is that a leader who aspires to lead his people must be in the midst of his people. It is not true, as some think,  that  armed  struggle  is impossible.  In  fact, the  Oromo struggle is nothing without armed struggle. The struggle does not only lack imaginative and innovative leaders, but it is also being led by men who, if not down right self-serving, are thoroughly incompetent and totally uninspiring. You cannot put the blame on the leaders in its entirety though; the Oromo people must also share some of the blame for not demanding the truth and foolhardily supporting incompetent leaders and inadvertently strengthening the leaders self-deception.

Some have called upon the youth to ditch the clueless and exhausted leaders of Oromo political organizations and elect its own leaders amongst its own ranks and file. I wholeheartedly echo the same advise to our young revolutionaries. Let lions be led by lions!