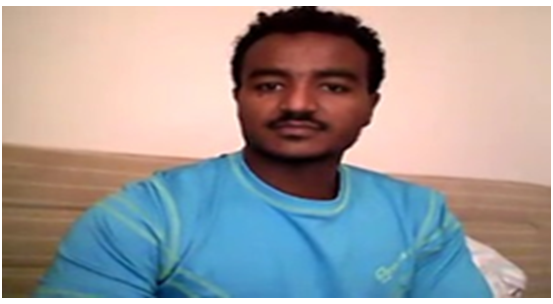 There have been times in history where language was culturally superior, and some languages were banned or discouraged or unfortunate (unfavourable) against. This is happening everywhere today as well, take Ethiopia as example ,The Oromo people constitute the single largest ethnic group in Ethiopia, where the Oromia region contains a third of Ethiopia’s land area and population. The Oromo language, also known as QubeAfaan Oromo, is spoken by about 30 million people in Ethiopia, Kenya, Somalia and Egypt and is the 3rd largest language in Africa.  Meaning native Oromo speakers is about 30 million in Ethiopia. About 500,000 more live in Kenya and Somalia. Many others (as yet unquantified) speak it as a second language. It is the most spoken language in the Cushitic family, which also includes Somali, Sidamo, and Afar. Cushitic peoples were present on the central Ethiopian plateau as early as 5000 B.C .in Ethiopia qube afaan oromo(oromo language)  can be found all over Ethiopia and particularly in Wollega, Shoa, Illubabour, Jimma, Arsi, Bale, Hararghe, Wollo, Borana, and the southwestern part of Gojjam.

But the TPLF advocated the language that isn’t linguistically superior to the other languages. Between 1974 and 1991 under the Mengistu regime (derg) the writing of Oromo in any script was forbidden.This day under TPLF oromo language (Qube Afaan Oromo) is discouraged or unfortunate. For example Finfie which is a capital of Oromia practice governmet advocated language as official language.

This have passed a direct impact on sociolinguistic, psycholinguistic, therapeutic and chain reaction factor

Oromo students attend their education in others (government advocated), which is second language to Oromo students. It is strongly argued that using the native languages of students as a medium of instruction is a decisive factor for effective learning However, this situation, failure to give a role to native languages and largely depending on second/foreign language instruction, brought various difficulties to students. The students are expected to entangle not only with learning the subject matters but also the language itself. It also creates difficulty to students in expressing themselves and as a result it limits their classroom participation as there is fear of making mistakes and shortage of vocabulary. In addition, it is a barrier to smooth classroom communication. It is also argued that use of a second/foreign language in education negatively affects the ability and the ease with which knowledge is acquired by students. It also affects the performance of students and creates difficulties in developing their cognitive skills. Moreover, giving low status to native languages of students in educational setting leads to marginalization of majority of all the citizens from active engagement in the development arena. Oromos educated in Ethiopian schools forced to know at least two other languages. “They can read and write the other two or more languages except, for the most part, their own first language“. (Tilahun Gamta (2000))

The other problem is limits the socio interaction between students. This day there Oromo’s who doesn’t speak their mother tongue specially those Oromo born in Finfinne,shewa,gojam ,kemise(welo).etc.… this people not only facing what I mentioned in the above, also losing their trust from other Oromo  brothers and sisters whether they are Oromo’s or not because of their language they happened to be a speaker of different language .this situation seen due this day .

However, some people might consider this situation in different way especially once you understand the factor of government on language advocating in favour of his own advantage which unfortunate the other language.