The Oromo Community Organization of Arizona (OCOA) organized rally to condemn the vile and gruesome massacres of Oromo youth by the TPLF regime on 12/17/15 in front of Arizona State Capitol. Chanting slogan and marching to state capitol (Pictures and videos are attached), Oromo and Oromo friends expressed their deepest concerns about the violent crackdown on the peaceful student protesters in Oromia and other regional states of Ethiopia. OCOA submitted appeal letter to the senator John McCain, Senator Jeff Flake and Arizona Governor, Doug Ducey through their representatives; and requested the United States to:

 Condemns the brutal acts of the Ethiopian government, and ensures these acts stop immediately.

 Reconsiders or limits all assistance to Ethiopia (including economic, military and diplomatic), except

government ceases its violent behavior and treats citizens fairly and resolves differences peacefully. and diplomatic leverage to change the behavior of the Ethiopian government.  Ababa Master Plan. recently or earlier). the incidents occurring since April 2014, and bring the criminal perpetrators to justice swiftly. 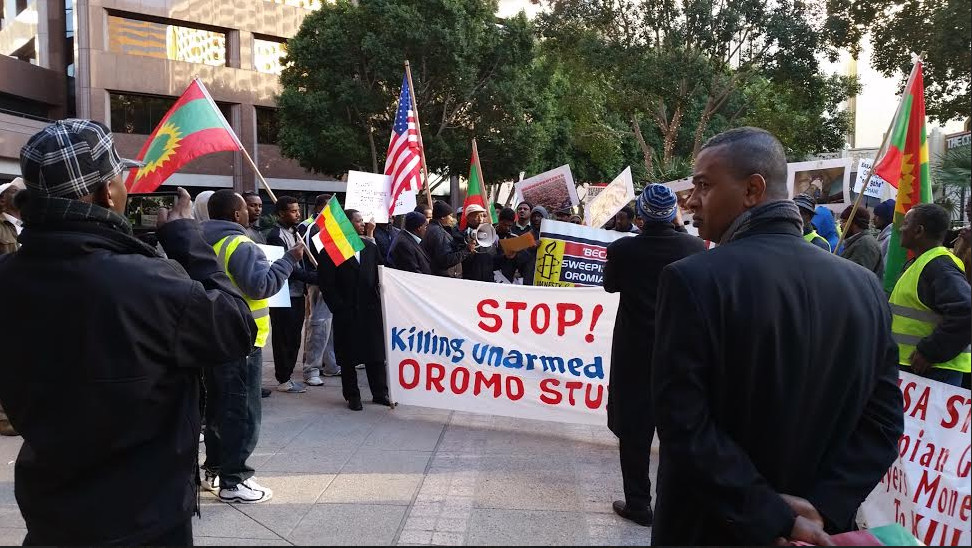 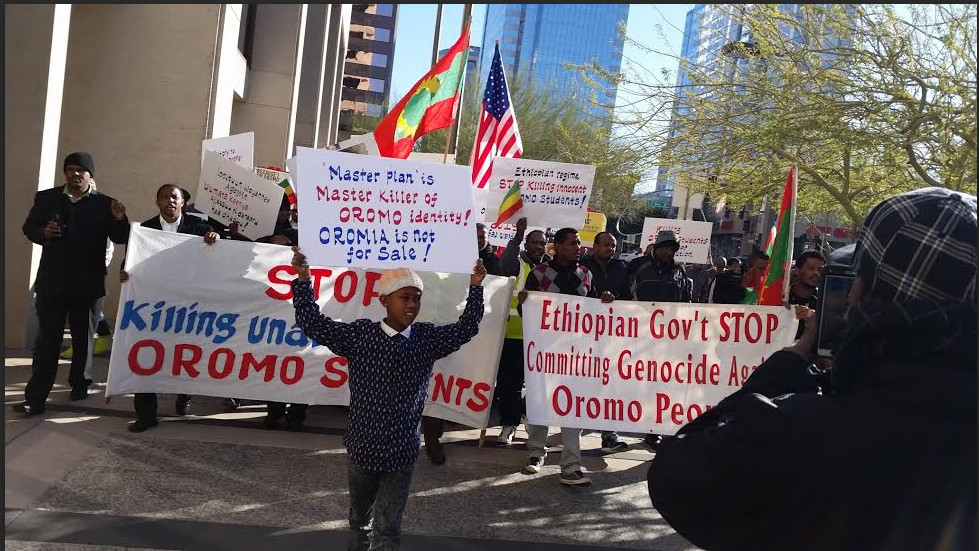 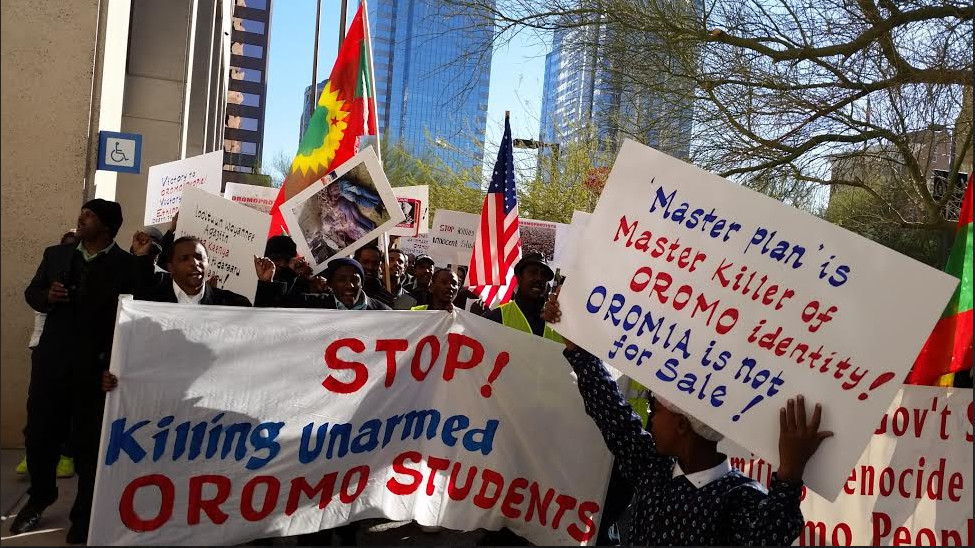 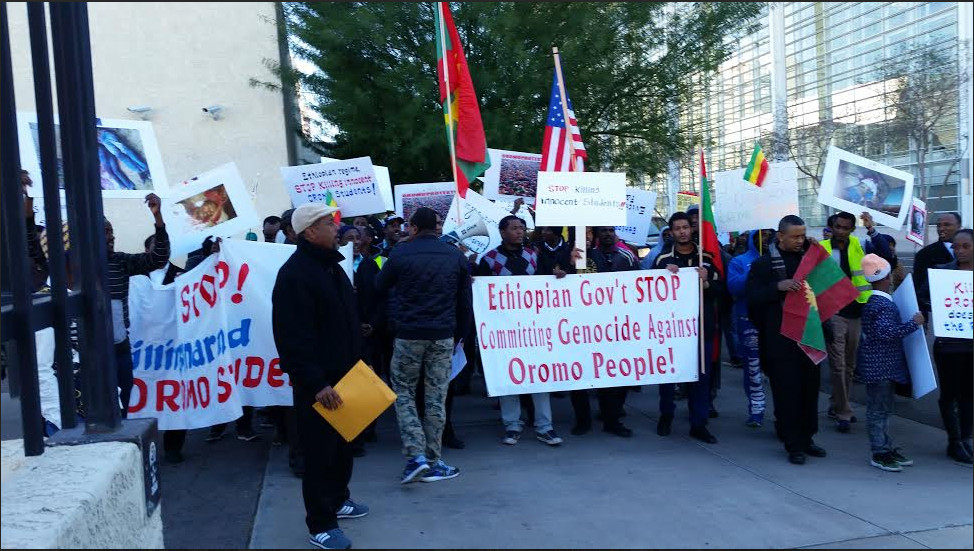 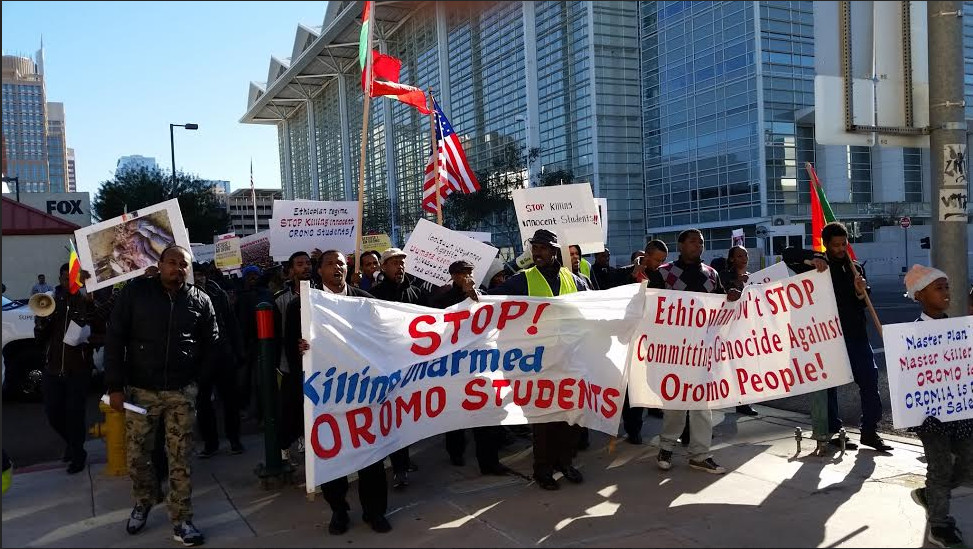 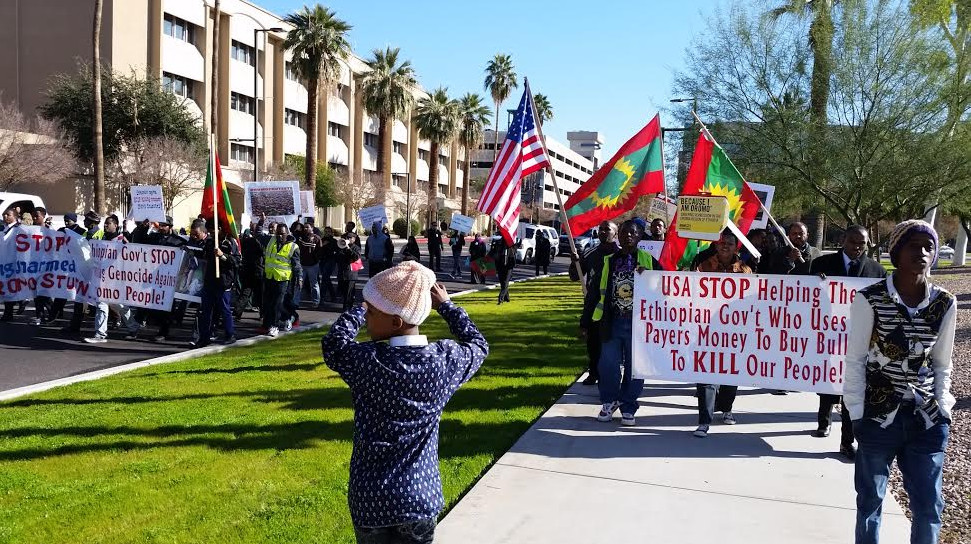 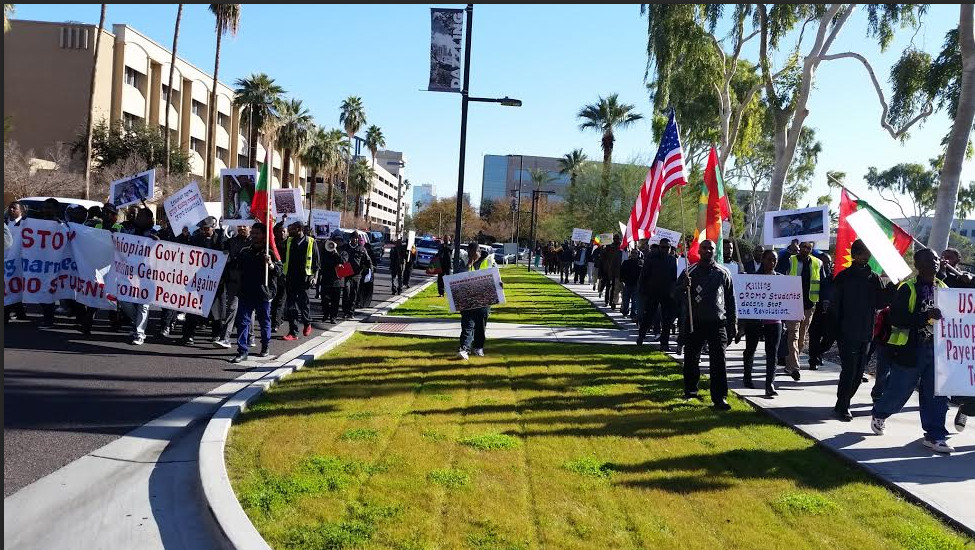 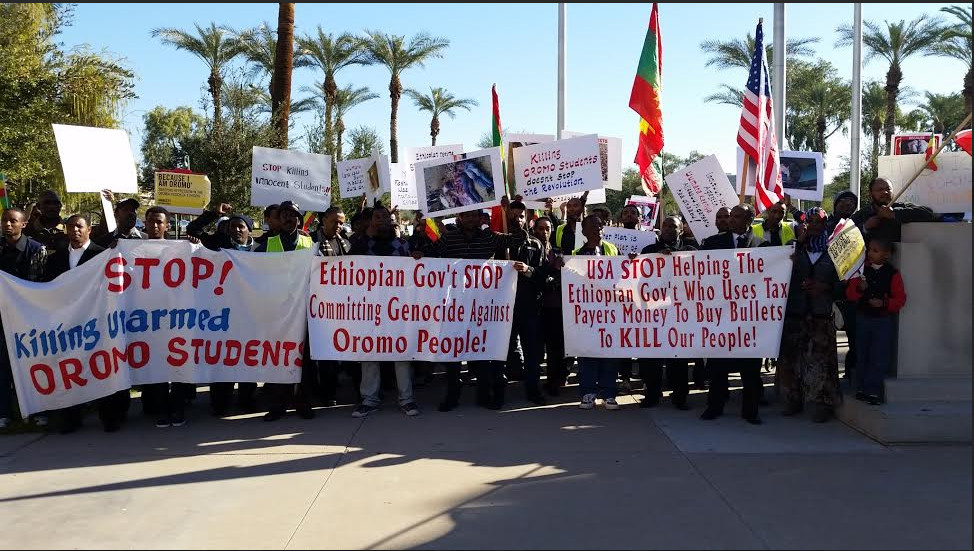 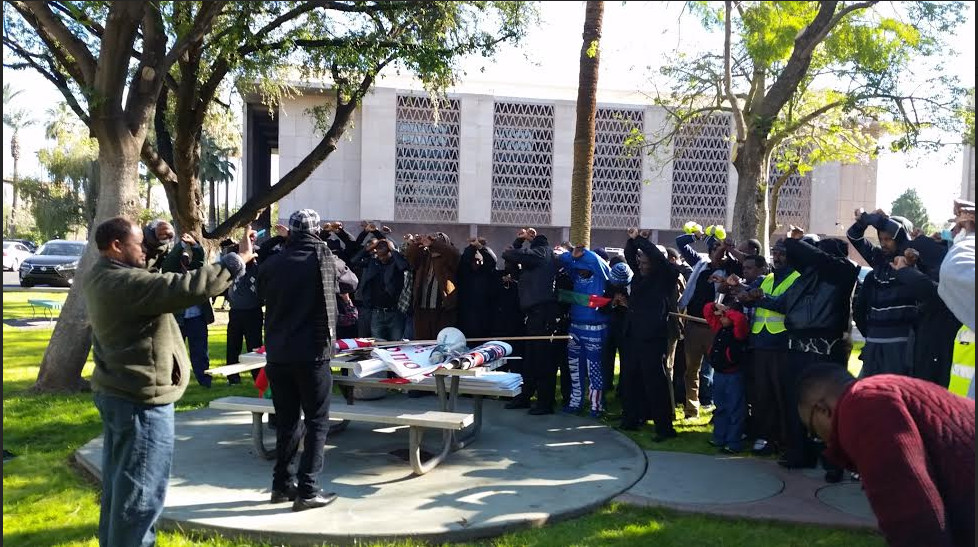