#OromoProtests Breaking news. Update: At least 500 people have been killed by Tigre Agazi force on Irreechaa 2016 thanks giving day | Oromia Shall be Free
Oduu Haaraya

#OromoProtests Breaking news. Update: At least 500 people have been killed by Tigre Agazi force on Irreechaa 2016 thanks giving day

bilisummaa October 2, 2016 Comments Off on #OromoProtests Breaking news. Update: At least 500 people have been killed by Tigre Agazi force on Irreechaa 2016 thanks giving day

www.opride.com October 2, 2016 At least 250 feared dead in Bishoftu, Ethiopia, after police used tear gas and opened fire on people gathered to mark Irreechaa, the Oromo thanksgiving festival, according to activists and eyewitness reports. The Irreechaa holiday at #Hora_Arsadi, the crater lake near the site of Sunday’s massacre, is considered #The_biggest cultural and spiritual #celebration_in_Africa.

On this day, October 2, which will be entered into history books as the Irreechaa Massacre, the sacred grounds of Arsadi were littered with dead bodies, according to reports. The mass arrests began a day early. Tensions run high all day as military helicopters flew above the crowd at lower altitude, in what was seen as an effort to intimidate the gathering crowd. At the city entrances, security checkpoints stretched for hours as festival goers arrived from across Oromia. But despite the heavy security presence, Irreechaa goers still expected to partake in a peaceful celebration of the arrival of Birraa, as the holiday marks a seasonal change from dark and rainy winter months to a bountiful Spring.

But chaos, confusion and stampede broke out in the early afternoon when the youth booed the newly elected chairman of the ruling Oromo People’s Democratic Organization, OPDO, off the stage. The protests began as soon as the crowd filed into the malka, the river bank, close to the stage where politicians hoped to make political statements – statements that are often unheard and unheeded even on a “normal” year.

It’s clear that the youth were ready to make a statement of their own to the local officialdom – in an unusual in your face type of way. But their protests were peaceful. They crossed arms, forming an X, popularized by Oromo marathon runner Feyisa Lilesa, to say no to the killings, beatings and arrests. It is an incident like no other. A turning point for the 11-month old Oromo protests, a popular uprising against the Oromo people’s continued social, economic and political marginalization by the central government in Ethiopia.

Irreechaa has emerged at the most important event among the Oromo. It is officially a celebration of the bountiful harvest of Birra but a celebration of Oromummaa itself. It is the most unifying event for the Oromo, who constitute at least half of Ethiopia’s 100 million people.

This wasn’t an ordinary year for Oromo and for Ethiopians as a whole.#More_than 1,000 #people have been killed, mostly in Oromia, but also in the Amhara state in the last 11 months.
The colorful, cultural annual Ireechaa festivities, which attracts millions of people from across Ethiopia and around the world to the city of Bishoftu, some 40 kilometers south of the capital Addis Ababa, was the scene of a horrific massacre that has left hundreds of people dead and more wounded, according to witnesses and activists.

Since the start of this year’s celebrations, openly public displays of support for the ongoing Oromo national movement have seen protests and marches leave their mark on the gathering.
People chanted and sang resistance tunes as the fiercely anti regime sentiment that has gripped Oromo society throughout their nearly yearlong protest movement, could be felt throughout the city.

Yesterday, a heightened police presence was reported amid fears that the gathering could be used by festival attendees to exercise public expressions of outrage for the Ethiopian government’s heavy handed methods of handling the protests that a Human Rights Watch report released in June said resulted in the deaths of over four hundred unarmed demonstrators.

Today’s bloodshed appears to show that federal security forces haven’t reformed their approach in the wake of the report’s findings. At around noon, the Ireechaa procession was attacked by security forces, who reportedly fired lethal ammunition indiscriminately at thousands of festival goers.

Activists also speak of an aerial bombardment, which included the firing of live ammunition and tear gas by hovering aircraft at panicked groups of people. Countless were killed by the bullets while the carnage triggered a stampede which locals say resulted in more deaths and injuries.

#OromoProtests Breaking news. At least 65 people have been killed by Tigre Agazi force on Irreechaa 2016 thanks giving day

This is the history of Oromo Irreecha 2016 bloodiest sundy ever by Tigre vicious regimes።
What Oromo people to know is all out for war aganist this coward act like animals and all Tigre people out .
Justice for those people who’s indiscriminately killed today in Bishuftu . 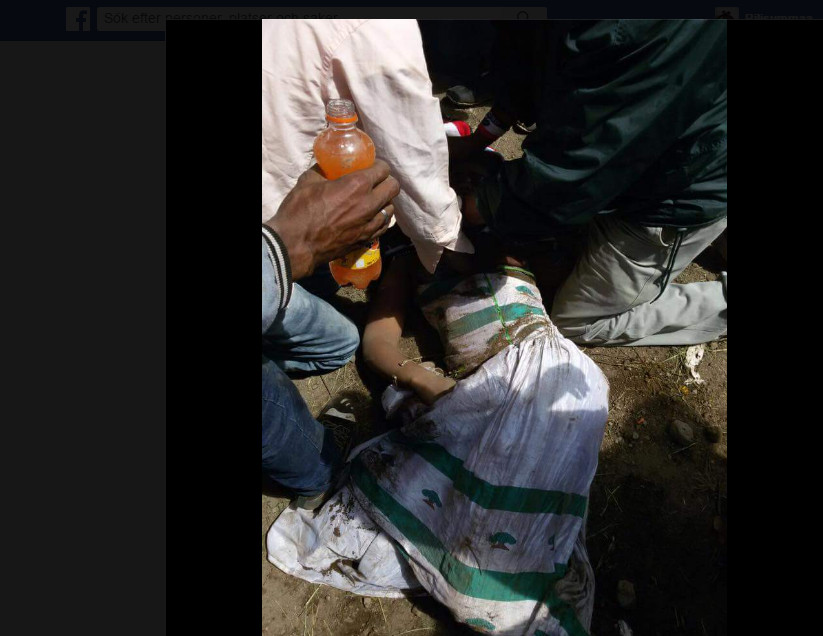 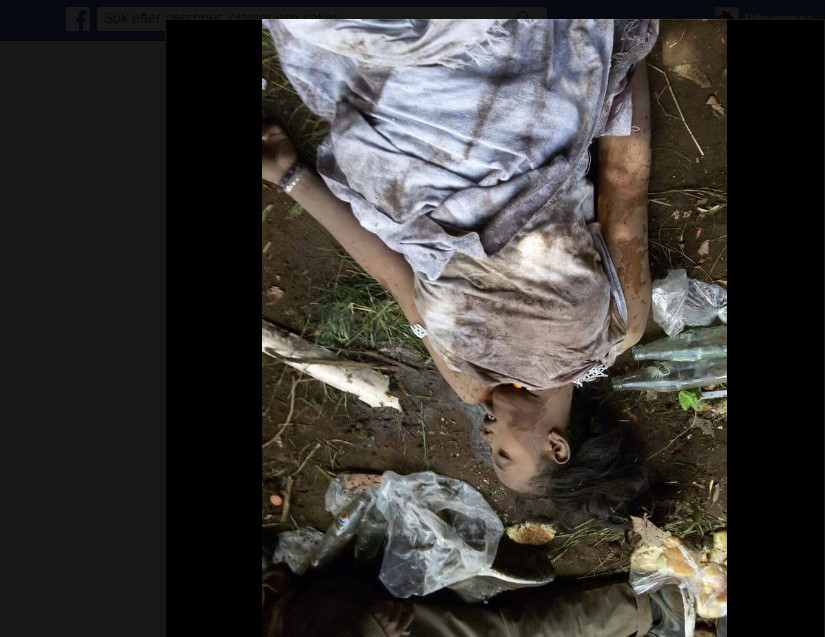 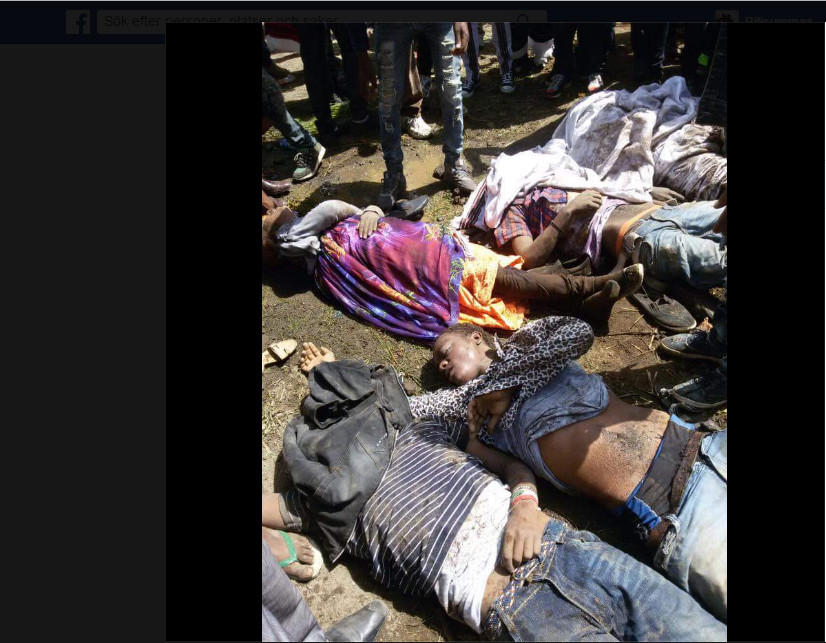 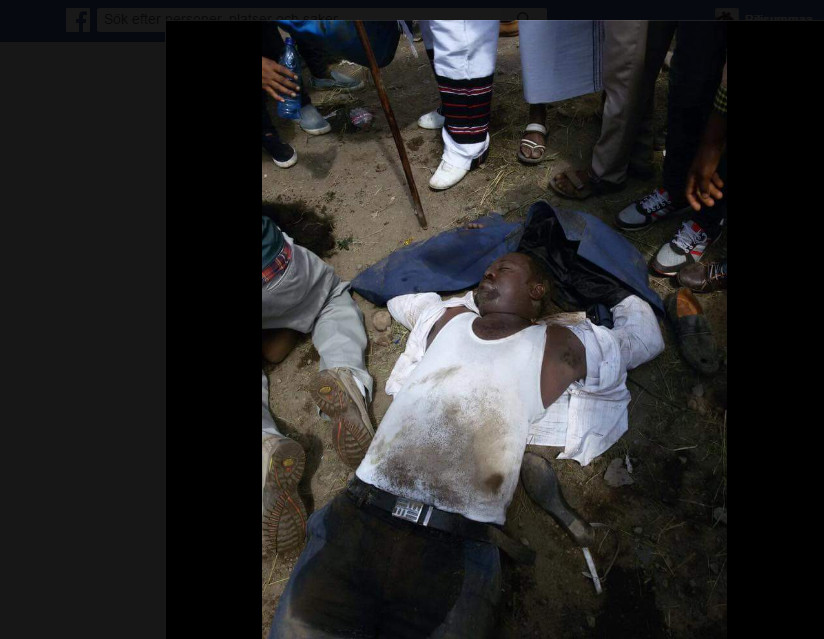 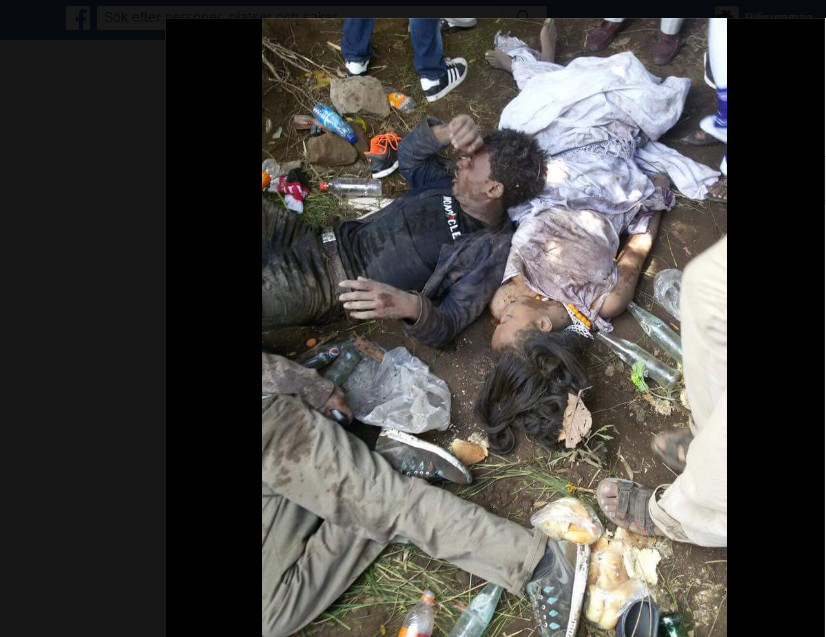 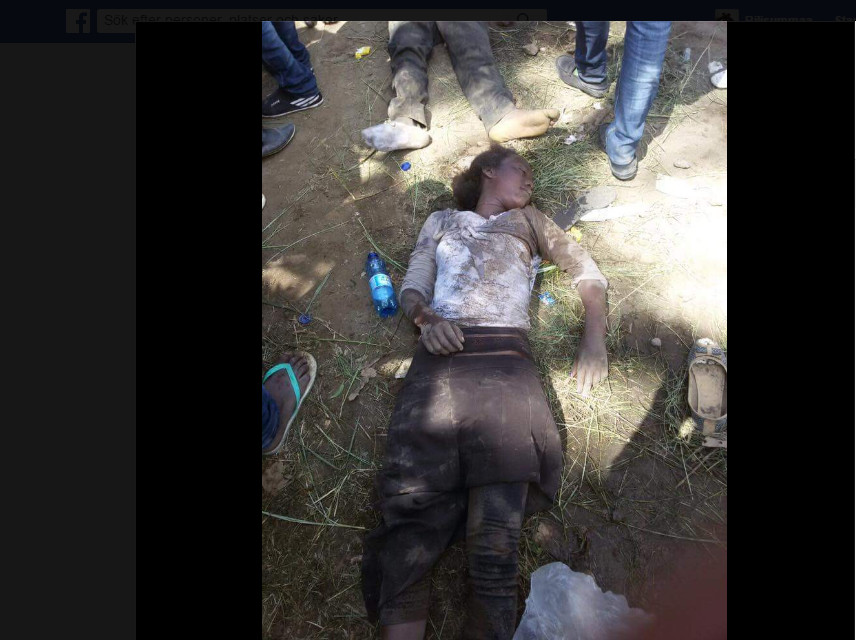 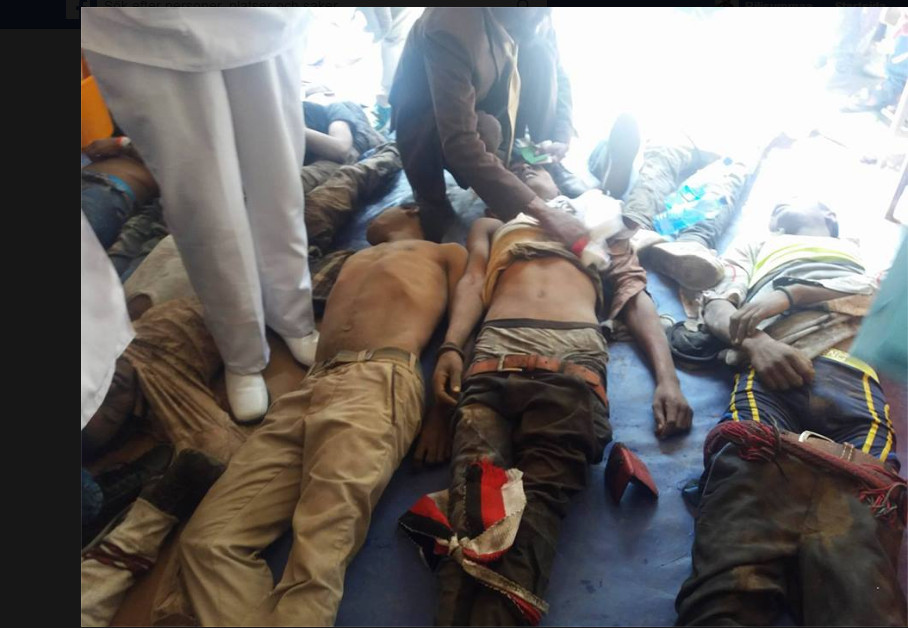 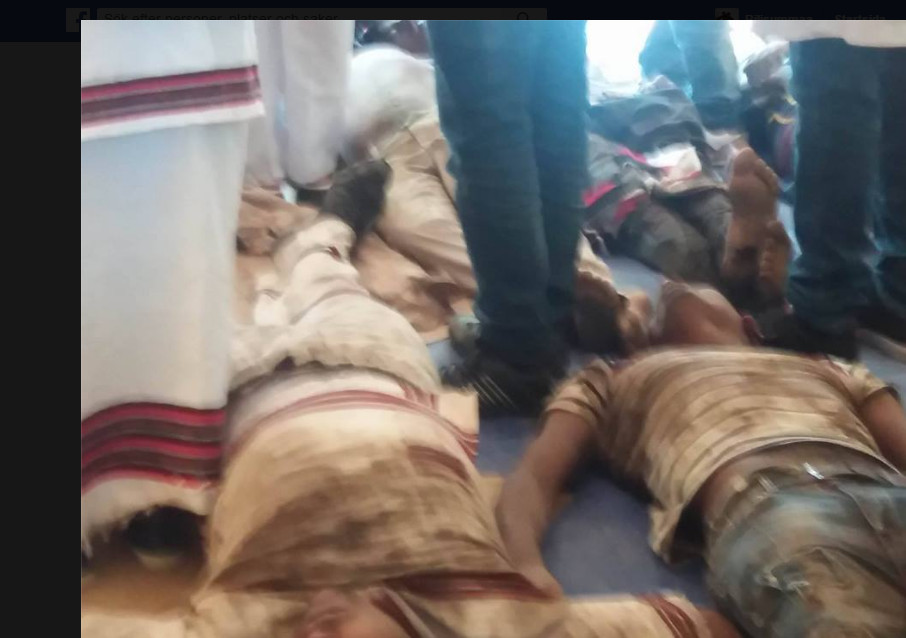 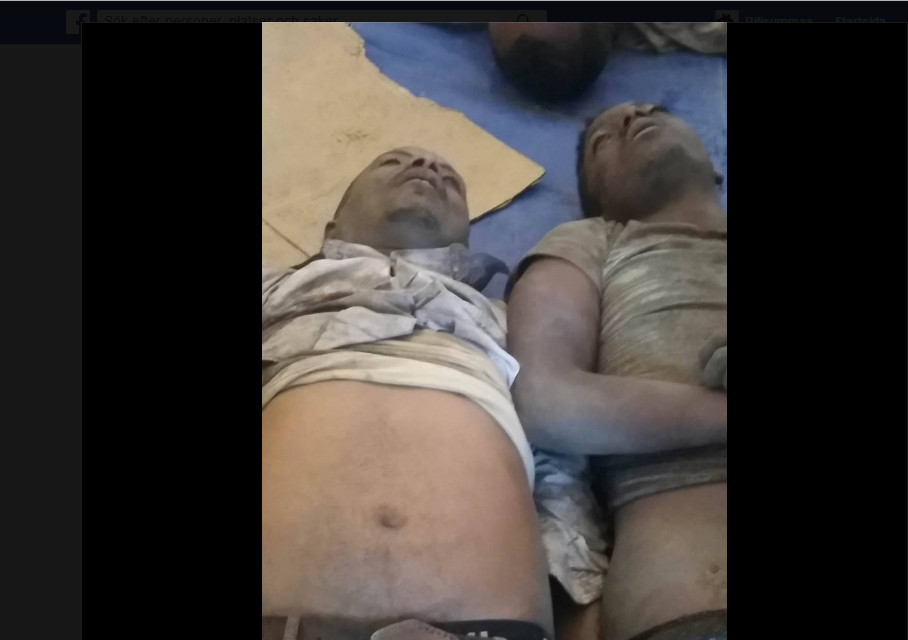 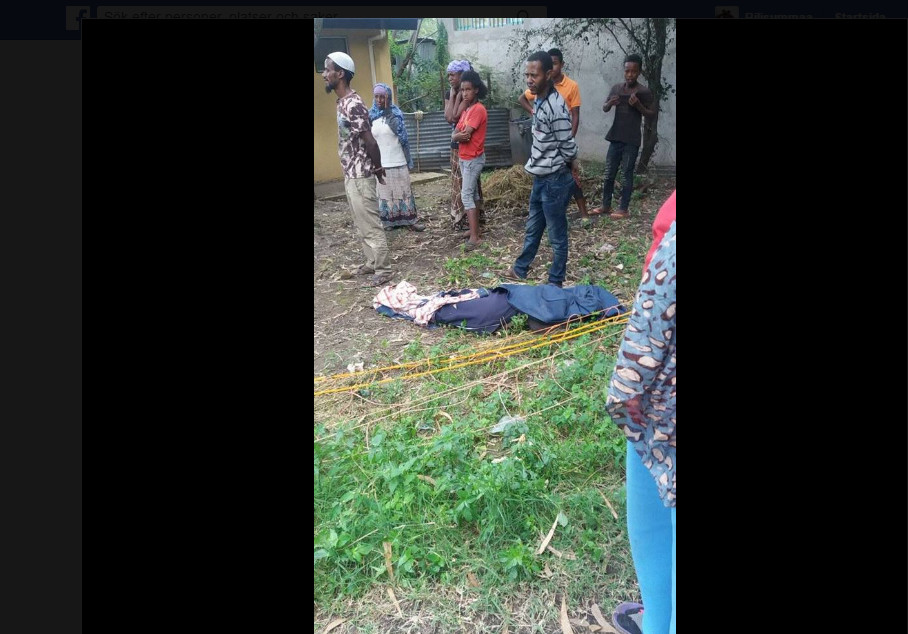 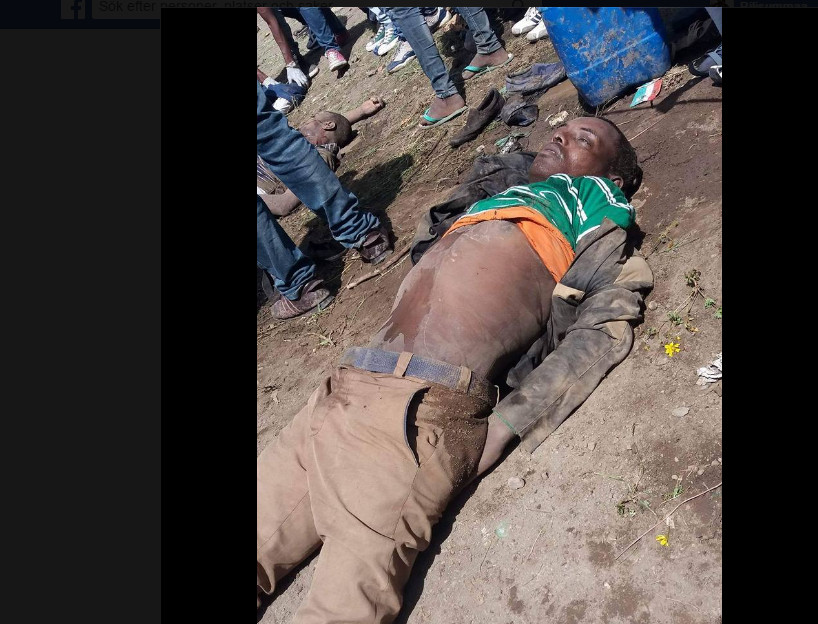 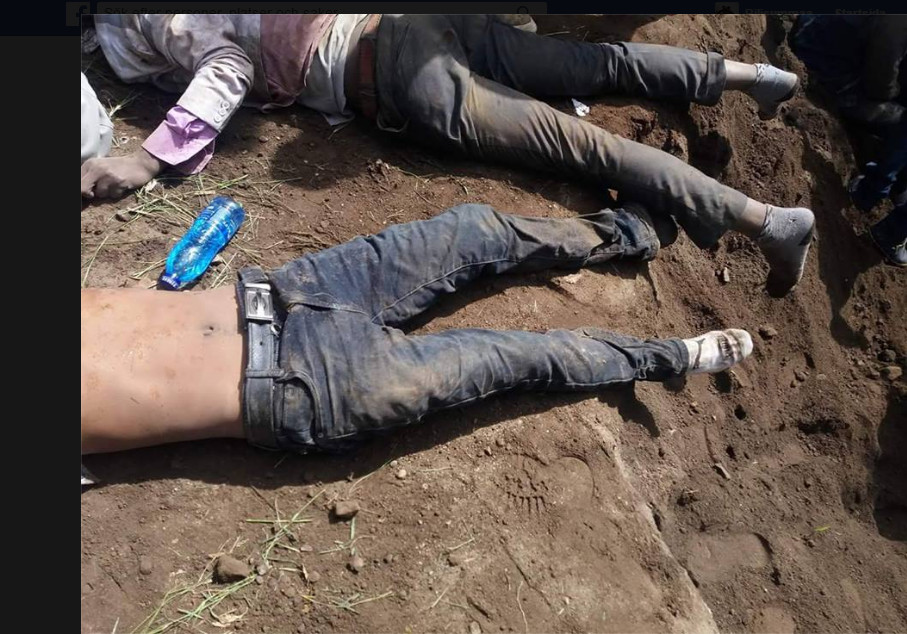 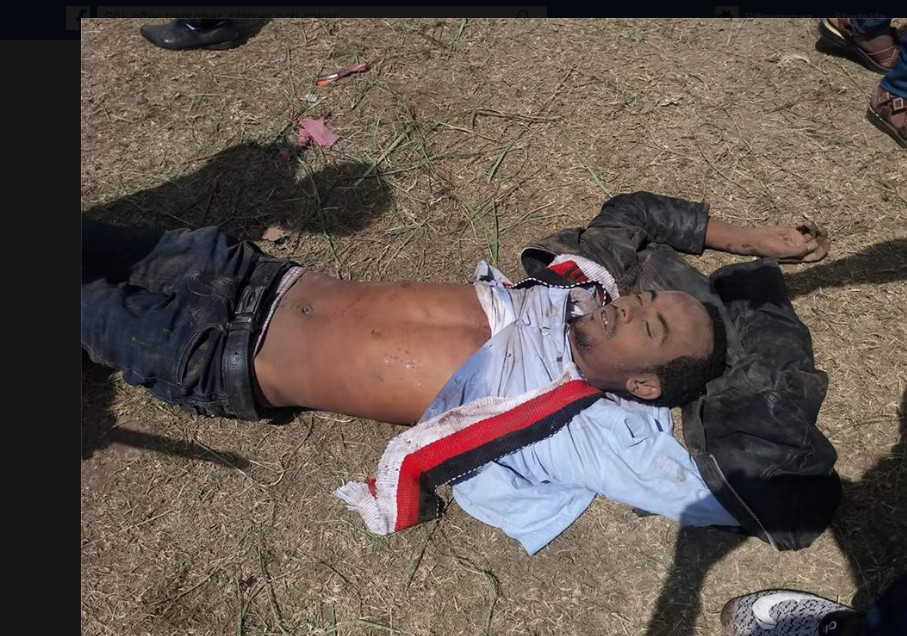 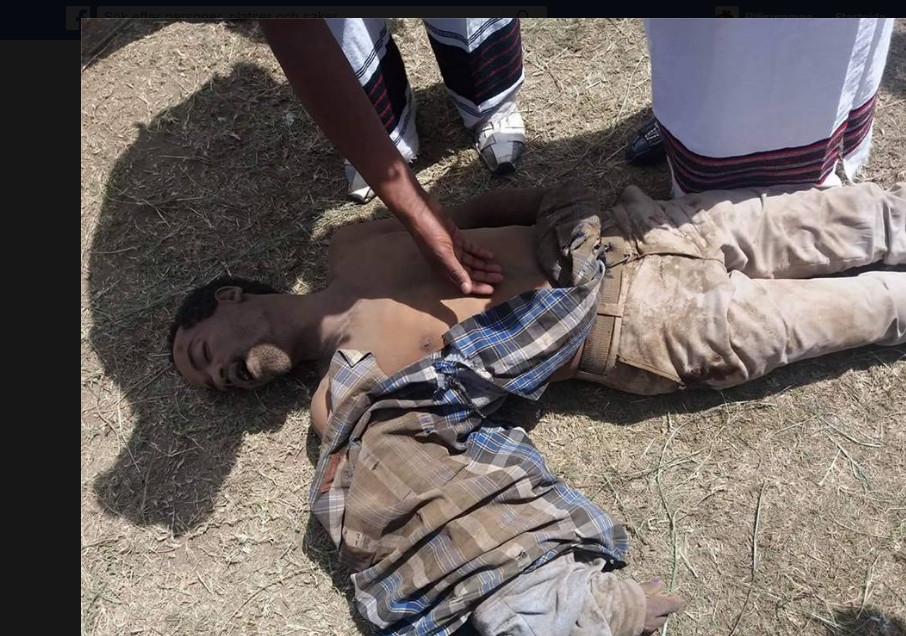 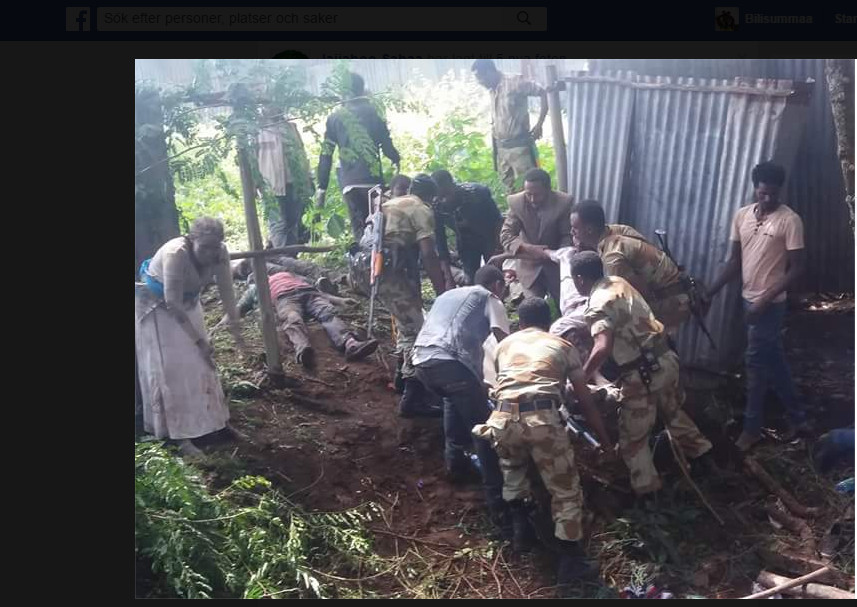