This Ethiopian runner just won silver in the marathon. And then he led a protest of his government that could land him in jail. | Bilisummaa Online
Oduu Haaraya 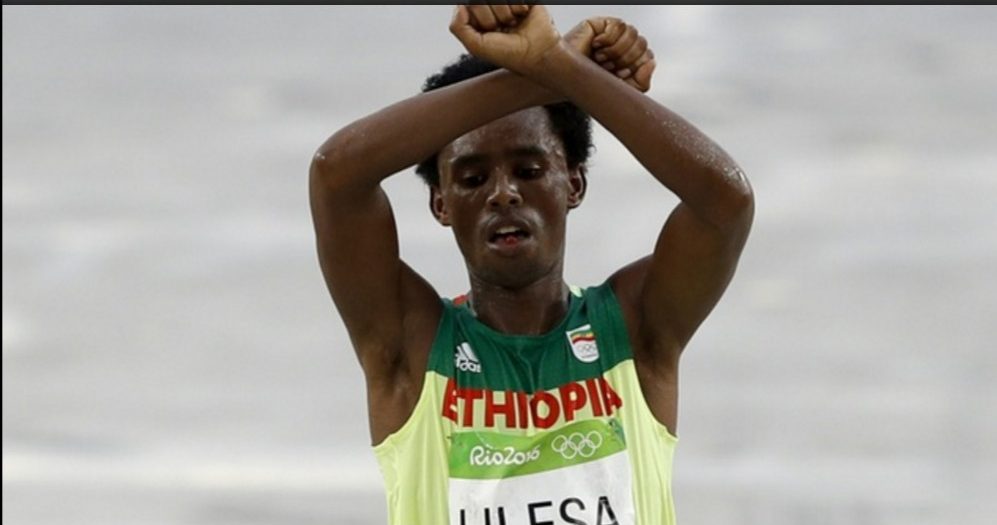 This Ethiopian runner just won silver in the marathon. And then he led a protest of his government that could land him in jail.

August 21, 2016 Comments Off on This Ethiopian runner just won silver in the marathon. And then he led a protest of his government that could land him in jail.

Ethiopia’s Feyisa Lilesa crosses his arms above his head at the finish line of the Men’s Marathon athletics event of the Rio 2016 Olympic Games. (Olivier Morin/AFP/Getty Images)

NAIROBI — When he crossed the Olympics marathon finish line, Feyisa Lilesa put his hands above his head in an “X.” Most of those who watched Lilesa’s spectacular silver medal performance didn’t know what that meant — or just how dangerous a protest they were watching.

Lilesa was protesting the Ethiopian government’s killing of hundreds of the country’s Oromo people — an ethnic majority that has long complained about being marginalized by the country’s government. The group has held protests this year over plans to reallocate Oromo land. Many of those protests ended in bloodshed. According to Human Rights Watch, more than 400 people have been killed since November.

For months, the Oromo have been using the same “X” gesture that Lilesa, 26, used at the finish line.

At a news conference following the race, he reiterated his defiant message.

“The Ethiopian government is killing my people, so I stand with all protests anywhere, as Oromo is my tribe,” Lilesa said. “My relatives are in prison and if they talk about democratic rights they are killed.”

It was a remarkable turn of events — within seconds, Lilesa had gone from a national hero to a man who might not be able to return to his home country. In addition to those killed, many Oromo protesters are currently languishing in prison.

In Ethiopia, the state broadcaster did not air a replay of the finish.

Lilesa was conscious of the danger. He immediately suggested that he might have to move somewhere else.

“If I go back to Ethiopia maybe they will kill me. If not kill me, they will put me in prison. I have not decided yet, but maybe I will move to another country,” he said.

It wasn’t the first time an Ethiopian athlete had considered defecting after competition. In 2014, four of the country’s runners applied for asylum in the United States after disappearing from the international junior track championships in Eugene, Ore.

The plight of the Oromo and the Ethiopian government’s use of force against civilians have received some attention recently, but nothing as prominent as Lilesa’s defiance. Earlier this month, the U.S. Embassy in Addis Ababa saidthat it was “deeply concerned” about the most recent killing of protesters. But likely because Ethiopia remains a U.S. ally in the fight against Somali Islamist group Al-Shabab, American officials have been reluctant to offer any further condemnation.

Oromo dissidents, particularly those outside Ethiopia, have been active on social media about their cause. As soon as Lilesa crossed the finish line, tweets and Facebook posts went up with pictures of their new folk hero. Ethiopia is one of Africa’s fastest growing nations, and it seen by many as a model of economic potential. The government has played down the protests, saying earlier this month that “the attempted demonstrations were orchestrated by foreign enemies from near and far in partnership with local forces.”

Lilesa has been racing internationally for Ethiopia for more than eight years, and holds one of the world’s fastest ever marathon times: 2:04:52. 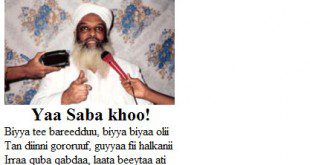 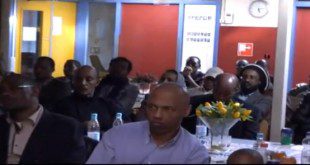