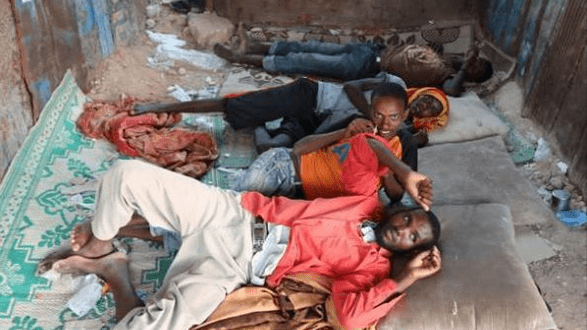 (Reuters) — Illegal immigrants from Ethiopia attempting to cross into Yemen stand at their makeshift shelter in Bosasso, northern Somalia’s breakaway Puntland region, April 14, 2015. More than 1,200 people fleeing conflict in Yemen have reached the Horn of Africa by boat in the past two weeks, using a route taken in the past by African refugees headed in the opposite direction, the U.N. refugee agency (UNHCR) said on Tuesday. REUTERS/Feisal Omar