Appeal Letter to the Leaders and Tax Payers of the Citizens of the Western World | Bilisummaa.com Oromia Shall Be Free. Dhimma Sabaa
Oduu Haaraya

March 10, 2016 Comments Off on Appeal Letter to the Leaders and Tax Payers of the Citizens of the Western World

The leaders of Western Countries have many pets in Africa, which are assumed to lead different African States. Out of all these pets the most favored by these pet masters is the one who call itself “Ethiopian government” (a bunch of Tigray bandit’s thugs). Why I call these stooges/puppets/ a pet is, they were not elected by their countries’ peoples, but they came to power by the sponsorship or approval of these Western countries’ leaders, to bark and bite peoples whenever they are ordered to do so.  A disciplined pet never bark or bite anybody. But these pets bark and bite people (intimidate, arrest, torture, kill, kidnap, rape, keep in unknown detention centers, etc.,) that dies of hanger and destitution due to their robbery (corruption), bad governance, oppression, suppression and harassment, day and night to serve the interest of these Western masters.

These western masters are confortable in this world order, which put all African peoples and peoples elsewhere that lead a life of misery under the grip of dictators and fascists sponsored and supported by them, as far as these dictators and fascists are faithful to them. This was clearly proved by Mr. Obama:

We want to take you back in history. “In 2008 the whole world applauded the United States for electing its first African American president. No part of the world was happier than the continent of Africa with its 54 nations. After all, this president was half Caucasian and half Kenyan. He was a direct child of Africa not just a descendent”. (From an article written by Mr. Harry C. Alford on African American Voice newspaper Aug.2014, p.8) Yes, this expression is 100% correct. But why the world applauded like that? Was it because they like African Americans or Africans? NO! The actual fact was not that. It was not because the world liked or disliked African Americans or Africans, or the world sympathized or preferred this race of mankind more than the other races. That was not the point for the world to be so happy. The reason simply was the world long ago got tired of American imperialism, double-standard and hypocritical stand they have on the value of democracy in different countries and their intrusive action of worldwide plunging into sovereign states’ affairs unreservedly and expected this African American president would stop that unlawful act and establish a friendly and just atmosphere based on mutual and equitable coexistence on this planet earth.

African peoples were the happiest of all when Obama was elected to lead this great country. Because they expected Obama, a son of African father was aware of the miserable situation they were in and help them to go out of this all round misery using American capacity of diplomatic influence. Here we have to divide Africans into two categories, the happiest and the saddest at that time. The peoples of Africa were the happiest and the African rotten dictators were the saddest of all, even sadder than the Republican Party and Senator McCain who lost the election.  These African dictators, tyrants, killers and fascists were very sad and scared to death because if Obama keeps his vow and works hard to bring democracy to Africa they knew that they would perish from the face of the earth. So they were panicking until they understood Obama was simply vowed for election purpose, and not from the bottom of his heart

Why peoples of Africa were the happiest of all, simply because, Obama is a son of African father?  No they had a greater expectation from this president. They expected he would extend American democracy to his father’s home land Africa. They had a great expectation that he would save them from the harassment, extrajudicial killings, arbitrary arrests, fascistic tortures, uncontrolled corruption and plunder of national resources etc., committed by the self-appointed tyrants, and rotten dictators and fascists that rule African states. The people of Africa considered him as their Messiah and Savior sent by God to save them from the cruel jaws of these killers of the 21 century.

Was that expectation fulfilled? We have seen the opposite after Obama is 7 years in office. Actually African peoples lost that hope within the first two years of Obama’s presidency, when they observed that he rub shoulder to shoulder with dictators like the late Meles Zenawi of Ethiopia. They lost hope when uncontrolled billions of Dollars given by the name of aid to be used in poverty mitigation, instead of serving the purpose it was allocated to, were put into the pockets of these dictators to satisfy their lust for corruption, used to buy bullets to kill them and ignored. Today the African people clearly understood that Mr. Obama is the master of these killers.

This shows Mr. Obama clearly professed that he abandoned the African people who greatly hopped he works towards the democratization of Africa and took side with the killers (the pets he assigned to bark and bite the people who ask democratic governance).

Recently the news of British Prime Minister Mr. David Cameron visits Ethiopia is circulating in a social media. I don’t understand why Mr. Cameron chooses this particular time to be seen with these resist, fascist, genocidal tyrant bunch of bandits that are going down the slope of history so fast. At present Ethiopia’s ruling tyrants are churned (wagged) by the popular uprising of the Oromo people, transport workers, the Amhara people of Gonder, the Gambella people, the Ogaden people, the Sidama people, the Binshangul prople, the Surma people and etc., which comprises more than 75% of the Ethiopian people.

Therefore, the question comes to every body’s mind, “is Mr. Cameron’s visit to Ethiopia to strengthen the already dis-integrated bunch of killers (western pets) or to discipline them to the standard of international laws and values and advise them to peacefully resign to avert any further bloodshed in that country?” we leave the choice to Mr. Cameron.

Mr. Cameron should read history of the formation of that country. History written by certain individuals of British citizens clearly states that the Oromo and the Southern peoples of that country were mowed down in millions by ammunition and military advisors given to Habasha kings by the British Empire rulers starting from the first half of the ninth century. These people have the right to ask blood money that compensates those atrocities if this world is a just world.

If Mr. Cameron visits Ethiopia to repeat his fore-fathers deeds he is mistaken. The Oromo of today is not the Oromo of 19th century that had no central leadership and modern weapons. Today Oromo youth is determined to fight the brutal enemy either they are backed by the Western neo-liberals or not. Therefore the same old tactic never worth a profit of any kind to western countries, it is already bankrupted before it is implemented.

Therefore, the western countries must understand that if they want to do business with Africa they must discipline their pets (the dictators sponsored by them) so that peace will come to the continent. If they don’t discipline their pets there cannot be peace which is a favorable condition to do business. This is what we are clearly witnessing today in Ethiopia where the pets of Mr. Obama and Mr. Cameron commit genocide on the Oromo people for the last twenty five years, and savagely intensified and continued the genocide the last four months in the open air in front of the eyes of the world and we witness that the masters simply sit and watch the misery of this people like a nice movie.

We implore the world must witness that if Mr. Cameron visits Ethiopia during this on-going genocide it is clear that he recognized and approved the genocide. The Oromo people and other peoples of Ethiopia are being slaughtered by armaments donated or by the armaments purchased by the money donated by these countries tax payers money. We clearly observe that, besides the donation of arms and money there is a diplomatic encouragement for this brutal and barbaric act. This is a historical mistake which doesn’t work in the 21st century. The world peace-loving people must unconditionally condemn this.

These leaders of the western countries must understand that they are on the wrong side of history. They must come back to their senses, stop standing on the way of peoples’ fighting for their God given freedom, by supporting the tyrants and fascists. Because history doesn’t support them, history teaches us that if people under any sort of tyranny is determined to fight for its freedom no force can stop that. Therefore this leaders, instead of emboldening their fascist pets to kill more they must discipline them to be abide by the international/ universal law which they signed to look excellent pets. Finally we ask Mr. Obama and Mr. Cameron please discipline your pets in Ethiopia before they run out of time.

Oppressed people will take their freedom with their own struggle!!!!! 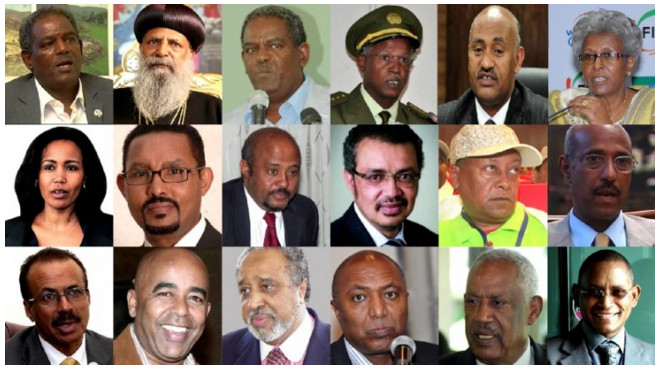 Share
Previous The TPLF Agazi Army is an Ethiopian Interahamwe
Next PAFD’s statement on current deal of the Chinas-Ethiopia- Djibouti Gas Exploitation in Ogaden, Ethiopia