Local authorities confirmed to media that at least 12 people have died of hunger in drought ravaged Guji zone of the Oromia regional state. Community members however have put the number at 20.

Mokonaa Hoxxeessaa, head of the Gonofa Busa, a local emergency relief office in Sabbaa Boruu District in Guji zone, told BBC Afaan Oromoo that “12 people have died of hunger in the district so far. Most of the dead were children”.

Among the dead were a nursing mother whose baby was found sucking at the her breast. Some 38, 000 people are also facing acute starvation in and around the district, according to the report.

This comes days after the Ethiopian Human Rights Commission (EHRC) called for immediate intervention especially in neglected and drought ravaged Oromia and Somali regional state, and asked the government to make an informed announcement on the extent of the devastation caused by the drought. “People are suffering from various health problems, their bodies are emaciated due to lack of food, their stomachs and legs are swollen and there are people who are sleeping sick; health care facilities are physically and economically inaccessible,” the Commission said.

According to a recent assessment by the UNOCHA, in some parts of the drought-affected areas, access to people in need of humanitarian support has become increasingly difficult due to renewed security concerns and violence. Such areas include Guji and West Guji zones in Oromia, where the movement of critical supplies such as food and nutrition has been a huge challenge, even though slight improvements were witnessed in West Guji towards the end of May.

An analysis by Addis Standard in March this year revealed that diarrhea outbreak was ravaging many households in several areas in Guji zone. 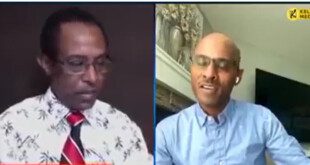