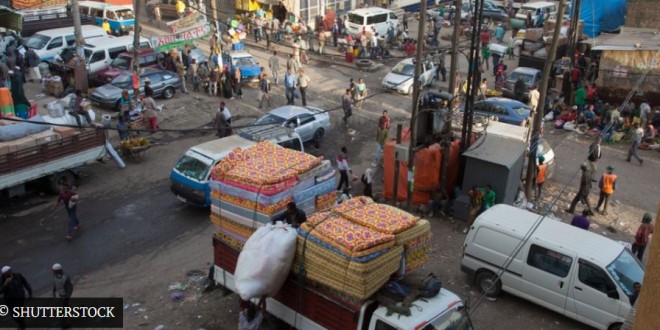 Development and Human Rights at Odds in Ethiopia

December 24, 2015 Comments Off on Development and Human Rights at Odds in Ethiopia

In Ethiopia, authoritarian “development” overlooks human rights and responds to dissent with violence.

In Addis Ababa, Ethiopians should be feeling excited. The city has proudly and successfully debuted the first metropolitan rail line in Sub-Saharan Africa. At the same time, the nearly 800 kilometer train from Ethiopia’s capital city to the port of Djibouti has just begun, which should expand global market integration and trade throughout Ethiopia.

Nevertheless, there is no peace. As many as 100 people have been killed by police and military forces across the country since November. Protests against the “master plan” to expand the city of Addis into the surrounding Oromo region have been met with violent retaliation by government forces.

The latest recent round of unrest began over three weeks ago when students in Ginci staged demonstrations in response to the clearing of a stadium and a nearby forest for development by foreign investors. According to reports on social media, Ethiopian authorities responded with disproportionate force, which then triggered mass demonstrations and more police killings across the country.

In April 2014, between nine and 47 students were killed at the nearby Ambo University afterparticipating in similar demonstrations sparked by a plan to incorporate the surrounding Oromo area into the rapidly growing capital city.

The government claims that it only wants to expand the provision of services, but protesters say that this will lead to displacement of farmers in the name of “development.” The precedent the Ethiopian state has established, however, is far closer to the fears of the Oromo than to the claims of the government. At the same time, both can be correct: If this new metro line happens to expand through your farmland, you have gained a service, but also lost your traditional means of sustenance.

The Oromos, by far the largest ethnic group in Ethiopia, have long been oppressed by a predominately ethnic Tigre-led government. Oromo civil society and political organizations are banned by the government, which equates Oromo nationalism with terrorism.

Emperor Menelik II is praised by many Ethiopians for successfully fighting off the Italians and playing a pivotal role in ensuring that Ethiopia became the only country to successfully resist the European “scramble for Africa” at the end of the 19th century. The Oromos view Menelik II less kindly, however, as he simultaneously expanded his kingdom to incorporate the territory of the southern ethnic groups and strategically moved the capital city to the middle of this newly conquered territory.

Today, residents of Addis Ababa still speak Amharic, an entirely different language than in the Oromo communities just outside the city in every direction. It is an imposed language, and the Oromo people still insist on calling the city by its original Oromo language name, Finfine.

Dominance of ethnic minorities by northern rulers continued under the reign of King Haile Selassie and later under the communist military junta of Mengistu Haile Mariam. Under Mengistu’s regime, known as the Derg, political dissidents were commonly murdered in the streets. The memory of such horrors persists in the consciousness of the Ethiopian people.

The militias of the major ethnic groups in Ethiopia united in opposition to the Derg, which eventually led to the current single-party “democracy” and the establishment of Meles Zenawi as the head of state. The ethnic militias united against the Derg with the impression that they would each have their own state upon the downfall of the regime.

The reality, however, is that these promises were broken and other ethnic political organizations that helped to overthrow the Derg were banned by the Zenawi government. The newly established Ethiopian People’s Republic Democratic Front (EPRDF) was, in fact, just a new name for the Tigrayan People Liberation Front (TPLF).

The EPRDF saw capitalist development “for the good of the people” as the only way forward for a country long marred by a history of famine. This has meant the construction of largescale dams and effectively giving away large swaths of land to agricultural investors, displacing traditional peoples who used these lands for grazing and who depended on seasonal flooding to grow staples.

The initial cause for the recent demonstrations is effectively the same, where “development” comes into conflict with human rights and the preservation of traditional ways of living. Meles illustrated his policy by responding to claims of human rightsimplications of the Gibe III dam by saying: “They don’t want to see developed Africa; they want us to remain undeveloped and backward to serve their tourists as a museum.”

As in Joseph Stalin’s five-year plan, the EPRDF’s Growth and Transformation Plan takes a dogmatic approach to “economic development” as defined by foreign investors and creditors. Ethiopian growth is in the double digits, even as El Nino conditions have led to famine across the eastern portion of the country.

NO DISTURBING THE STATUS QUO

The EPRDF argues that disturbances of the status quo are an impediment to the mission of development and, as such, demonstrations can justifiably be met with violence. As one Ethiopian stated, “The government treats riots and peaceful protests the same way and because they are treated the same, they always end the same.”

The government is correct in its belief that the worst thing for the people of Ethiopia would be a loss of political stability. It only takes a quick glimpse at the crisis in neighboring South Sudan or across the Red Sea in Yemen to understand what predicaments can result when sectarian tensions align with political instability. As tensions grow between Ethiopia’s ethnic states, the risks of catastrophic political crisis are also much greater.

Ethiopia has the right of “free speech” written into the constitution, but as everyone in the country will tell you, there’s a big difference between what the government does and what it says it does. The detainment of the Zone 9 political bloggers on terrorism charges serves as a good example of the results of speaking out against the government. Fortunately, these bloggers achieved significant media attention, which eventually put enough pressure on the government to allow them to be released.

Protests throughout the expansive Oromo region have little chance of being documented. We will never how many people have actually been killed over the last few weeks. To the government’s credit, maybe some of these killings were an unfortunate result of an appropriate use of force by police trying to put an end to rioting. Without a free press, however, we will never know and we cannot simply take the government’s word at face value.

The EPRDF is wrong to believe that it can use power, force and fear to remain in government forever. Ethiopia’s young people are overcoming the fear of political opposition that has long meant certain death or imprisonment under the Derg and, to a lesser extent, under the EPRDF. More and more young people, who account for a huge proportion of the country, are learning to organize via social media, realizing that the “democracy” they live under is a farce.

Young Ethiopians watched as their peers in Egypt gathered in Tahrir Square time and time again to bring about Hosni Mubarak’s downfall. While it is now easy to see the Arab Spring as a failure, the aspirations for democracy and justice in the face of oppression have not waned, but strengthened and will continue to spread.