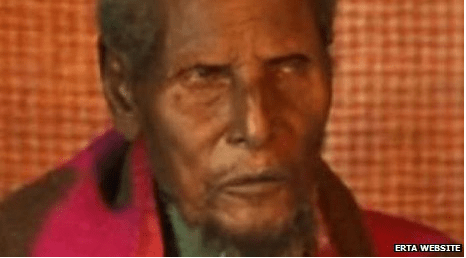 An Ethiopian reporter claims to have discovered the world’s oldest living man.

Retired farmer Dhaqabo Ebba claims to have clear memories of Italy’s 1895 invasion of the country. In an interview with regional Oromiya TV, he provided so much detail on the changes of power in his local area that reporter Mohammed Ademo has become convinced that Dhaqabo must be at least 160 – 46 years older than the oldest ever recorded man.

‘When Italy invaded Ethiopia I had two wives, and my son was old enough to herd cattle,’ he said at home near Dodola. He went on to recount his childhood eight-day horseback ride to Addis Ababa – a journey of a few hours today.

There is no way of verifying Mr Dhaqabo’s age, but Mohammed Ademo notes that in an oral society like the Oromo, “every time an elder dies, a library is lost. Ebba is one such library from whom so much can still be preserved”.