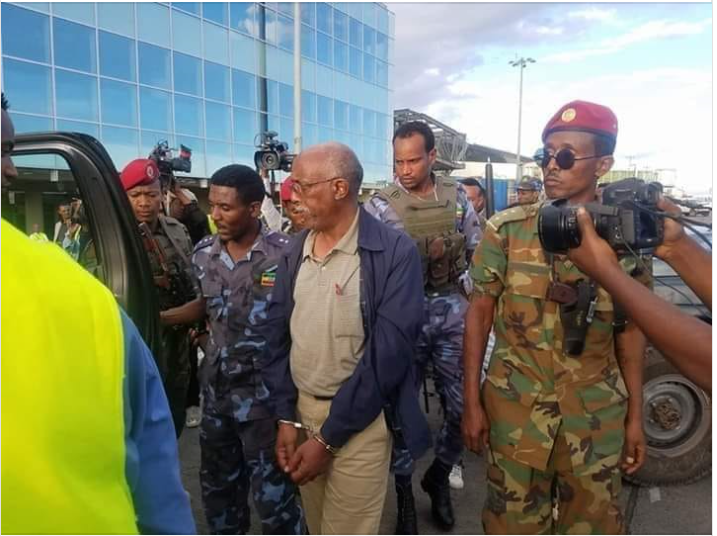 The two are Kinfe Dagnew, a former Chief Executive Officer of Metal and Engineering Corporation, MetEC – the army’s business wing.

The other being Tekleberhan Woldearegay, former head of the Information Network Security Agency, INSA, the ertswhile feared intelligence wing of the country’s security setup.

According to OBN, the Oromia regional state’s communication outlet, the two detainees were attempting to flee the country when they were intercepted. The duo were stopped on Monday night near Ethiopia’s border with Sudan.

Overall, 63 suspects have been detained between the two bodies. 27 MetEC officials over suspected corruption and 36 INSA officials over rights violations.

Other reports indicate that a court has since denied bail to all the suspects “when federal police brought them before a federal judge at the 10th Criminal Bench of Lideta Division, as late as 9:00 pm yesterday,” the Addis Fortune added.