ETHIOPIA IS TODAY HEAVEN FOR TPLF AND HIS SUPPORTERS BUT HELL FOR OROMO PEOPLE’S IN THEIR OWN LAND!!!!
Oduu Haaraya 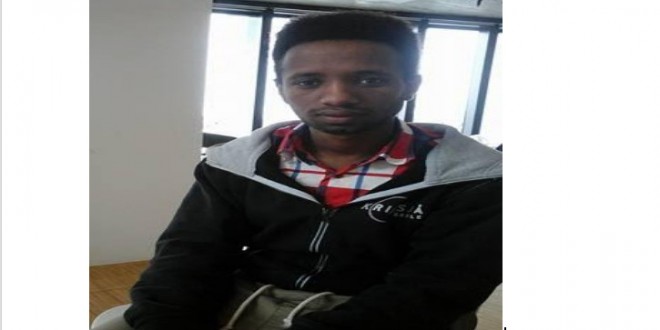 ETHIOPIA IS TODAY HEAVEN FOR TPLF AND HIS SUPPORTERS BUT HELL FOR OROMO PEOPLE’S IN THEIR OWN LAND!!!!

The poletical transition in Ethiopia in 1991 came at a time when there were high hopes among the all Oromo people’s about democracy, equality, jestice and freedom the international  comminuty and scholars for processes of democratisation. In the past 25 years Africa has seen mementous changes, and various countries have made significant progress in achieving poletical satbility, e.g, Mali, Gana and Senegal. But the hope of  Oromo’s and the democratic light of the country where going from worest to worest and in the past 25 years. The leader of the ruling party and their supportes they have good investment among the all country and celebrating, fest and dancin in every years of their anniversary. The fact is a distillation of testimony from survivors and former guards, newely published by the any social media and  Association, details the daily lives of 200,000 Oromo poletical prisoners estimated to be in the camp: Eating a diet of mostly corn and salt, they lose their teeth,their gums turn black,their bones weaken and as they age, they hunch over at the waist. Most work hare exercise 12- to 15- hour  a days until they dei of malnutritionrelated illnesses, usually around the age of young. Allowed just one set of cloths, they live and dei in rags without soap sock  underclothes or sanitary napkins.The camps have never been visted by outsiders, so these accounts cannot be independently verifide. The whole country prisoners corroborate survivors stories, showing entrances to mines where former prisoners in Ziway said worked as slaves in-camp detention centers where oppositions poletical members and opposition poletical members supporters said uncooperative prisoners were tortured to death and parade ground where former prisoners said they were forced to watch executions. Guard towers and electrified fences surround the camps, the witness prisoners said.

We have this system of slavery right under our nose “said all prisoners those whi survived from the whole prisons of the country from this slave tortured, even  a camp guard who defected  to Ethiopia.” Human right groups can not stop it. Europians can not stop it, the United State will have to take up this issue at the negotiating table but the Obama administration is still supporting and working with this Tplf murdered government who terrorised innocent people’s.”

But the camps have not been discussed in meeting between foriner’s governments, diplomats, amnesty, human rights watch and foreigner’s government including Europian governments never make high decision about Oromia. “Talking to them about the camps is something that has not been posible,” said many survivors from inside the country and those who escape from the land by force. Nor have the camps become much of an issue for the peoples in public, even though annotated immage of them can be quickly called up on Google Earth and even though they have existed for half a century, the camp and torturing system is bad than the Nazi, concentration camps the soviet Gulag. Although precies numbers are impossible to obtain, Western governments and human right groups estimate that hundered of thousands of people’s have deies in the whole Oromia in this campes but they did not take any action by the terorist tplf governments.

Ethiopians genocider government(TPLF) officially says the camps do not exist. It restricts movements of the few foreigners it allows into  the country and severely and punishes those who sneak in after being convicted in a closed trail on charges of entering the country illegally. Those two Swedish journalists are a good eye withesses of the Ethiopian government and his hell prisons. Ethiopian gulag also lacks the bright light of celebrity attention. No high-profile internationally recognaized figure has emerged to coax Americans and Westerns into understandingor investing emotionally in the issue, said many human right and amnesty internatrional workers, a Washington-based activist who bring camp survivors to the United Satates for speechs and marches. Before guards  or agazi  shoot prisoners who have tried to scape , they turn each execution into a teachable moment, according to interviews with many Oromos  who said they have witnessed such killing. At the end I condimend the all world to stop supporting Ethiopian genocider government of one ethinc groupe tplf rigme and stop with the pople of the country who get murdered in prisons center and in side the country too. TPLF and his supporters they must go and Oromo peoples and our Oromia will winand  continue to live. Victroy for those who paid a bad price for peace of Oromia and  Oromo people’s in a prisones center.