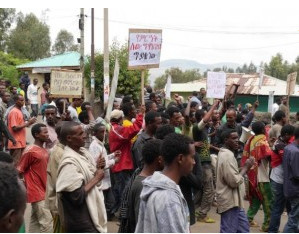 Ethiopia’s Muslim community has been taking part in major demonstrations over the last two years against the country’s ruling regime for alleged interference in its religious affairs. Credit: Ed McKenna/IPS

ADDIS ABABA, Oct 10 2013 (IPS News) – The refusal by the Ethiopian government to redress grievances harboured by the Muslim community here, which comprises about 34 percent of the country’s 91 million people makes this Horn of African nation vulnerable to extremism.

“If legitimate grievances are not met there is a risk that extremist violent elements will exploit those grievances to further their own aim,” Mehari Taddele Maru, head of the African Conflict Prevention Programme at the Pretoria-based Institute for Security Studies, told IPS.

Ethiopia’s Muslim community has been taking part in major demonstrations over the last two years against the country’s ruling regime for alleged interference in its religious affairs. The majority of Ethiopians are Christian.

The mass protests have been non-violent but the Sep. 21 terror attack by the Somali extremist group Al-Shabaab on Kenya’s Westgate Shopping Mall raises questions about the spread of Islamic extremism here, as there are growing concerns that radicalists could exploit grievances if they are not addressed.

“There is sufficient reason to believe that there is a minority group of extremists who will use domestic grievances to further their own political agenda.” — Mehari Taddele Maru, Institute for Security Studies.

There is sufficient reason to believe that there is a minority group of extremists who will use domestic grievances to further their own political agenda.” — Mehari Taddele Maru, Institute for Security Studies

Ethiopia’s Salafist Muslims accuse the government of having infiltrated the country’s most important Islamic political institution, the Ethiopia Islamic Affairs Supreme Council, arresting its religious leaders and replacing them with government-approved preachers from the Al Habashi sect.

The Al Habash sect is widely regarded as a moderate alternative to extremist Islamic doctrines such as Wahhabism, while Salafists are Sunni Muslims with a strict and puritanical approach. The Salafist reform movement has been spreading in Africa and in Ethiopia’s Muslim community over the last few decades.

Twenty-nine Muslim leaders have been arrested over the last two years including religious leaders and protest organisers.

The best strategy to diffuse potential extremism in Ethiopia is for the government to address existing grievances and avoid conflating legitimate demands with an onset of Islamic radicalism, says Terje Østebø, an East African Islamist Reform movement expert at the Center for African Studies at the University of Florida.

“There is this dangerous presumption that when Muslims protest for their rights that they are under the influence of radicals. Much of the debate within Islamic society in Ethiopia is about politics of recognition. Young Muslims are trying to find their identity as both Ethiopian and as a Muslim,” he told IPS.

During the Eid al-Fitr holiday in August, thousands of Muslims gathered in Ethiopia’s capital Addis Ababa demanding religious rights. One of the protestors, who was beaten along with his wife and child for holding a placard that read ‘Release our Leaders’, was indignant over the government’s response to the rally. He refused to give his name to IPS due to fear of repercussions.

On Aug. 4, 14 Muslims were shot dead by government security forces during an attempt to arrest a local Imam in Central Ethiopia. The government has come under fire from international human rights organisations for its heavy-handed reaction to demonstrators.

“The government continues to respond to the grievances of the Muslim community with violence, arbitrary arrests and the use of the overly-broad Anti-Terrorism Proclamation to prosecute the movements’ leaders and other individuals. This is a violation of people’s right to peacefully protest, as protected in Ethiopia’s constitution. The Ethiopian government must end its use of repressive tactics against demonstrators,” Claire Beston, Amnesty International’s Ethiopia researcher, told IPS.

The government has continued to accuse protestors of being extremists under the influence of foreign-backed radical ideologues.

“These protestors want Ethiopia to become an Islamic state and for us to release their teachers. They have been arrested for conspiracy to commit terrorism as this is what they are advocating with support from the Middle East. We will not engage with the protestors’ demands, as we do not negotiate with terrorists,” Shimeles Kemal, the Ethiopian government spokesperson, told IPS.

A report released in June 2013 by the European Parliament revealed how Wahhabi and Salafi groups in Saudi Arabia are working to “support and supply arms to rebel groups around the world.”

There are good reasons for Ethiopia’s government to fear the prospect of extremism taking root in the Muslim community, says Mehari.

“The Horn of Africa has the third-largest Muslim population in the world and has become increasingly volatile due to the war being waged inside Somalia against Al-Qaeda linked terrorist organisation Al-Shabaab, which has declared jihad on Ethiopia several times,” he said.

Centred in Somalia, the Al-Qaeda-affiliated group sought to establish an Islamic state that would incorporate all of Somalia and portions of Ethiopia, Djibouti and Kenya.

Although the AIAI base was effectively dismantled by the Ethiopian military, five Somalis were sentenced to death in 2002 for carrying out a series of bomb attacks in Ethiopia.

Since Ethiopian troops joined the U.S-backed invasion of Somalia in 2006, there has been no retaliatory action taken by Somali terrorists against Ethiopians. This suggests high security and a lack of capacity to mobilise Al-Shabaab operations in Ethiopia, says Mehari.

“They have a lot of willingness to attack Ethiopia, they just don’t have the capacity due to fighting counter insurgency forces. Counter terrorism is also very strong in Ethiopia because of world leaders regularly attending the African Union in the capital. The instinct to identify risk and danger in hotels and shopping centres makes an incident like Westgate very unlikely,” Mehari said.

However, the Ethiopian government may be making itself vulnerable to extremist influences by not engaging with demands for independent mosque elections inside the country’s Islamic Affairs Supreme Council.

“There has been a pattern of Salafist extremists using local grievances to recruit Muslims in Mali, the Sahel region and other parts of Africa. In Ethiopia there is sufficient reason to believe that there is a minority group of extremists who will use domestic grievances to further their own political agenda,” Mehari said.

The government’s reluctance to engage with the Muslim rights movement is also consistent with the country’sautocratic leadership strategy, says Østebø.

“This regime has maintained its power by limiting any space for political opposition and civil society to move in. The demands being made by Ethiopia’s Muslim community are secularist, non-violent and part of a Muslim rights movement that is far from being extremist,” Østebø said. 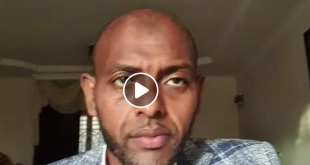 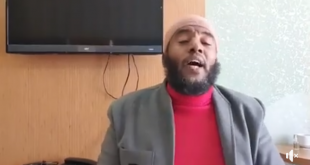 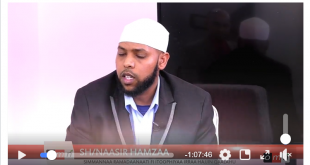 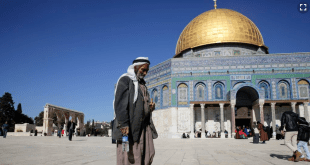 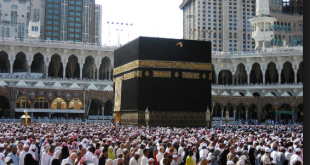 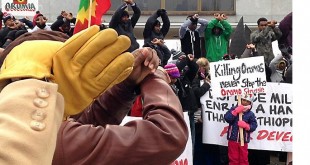 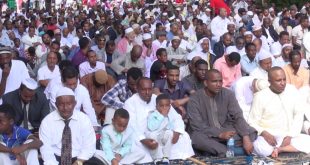