NAIROBI, Kenya — Once home to one of Africa’s fastest-growing economies, Ethiopia is struggling as the war in its Tigray region has reignited and weary citizens far from the front are pleading for peace.

Ethiopians are experiencing the highest inflation in a decade, foreign exchange restrictions and mounting debt amid reports of massive government spending on the war effort. Parliament early this year reportedly approved an additional $1.7 billion budget for defense.

On Tuesday morning, a drone strike hit a university campus in Tigray’s capital, Mekele, causing an unknown number of injuries, according to a media worker there who spoke on condition of anonymity because he didn’t have authorization to speak to other outlets. He said another drone strike also destroyed the station of regional broadcaster Dimtsi Woyane.

Ethiopian officials continue to paint a rosy picture for the country of well over 110 million people. “Our economy has continued to grow amid natural and man-made problems,” the planning and development minister, Fitsum Assefa, said earlier this month.

But the Ethiopian Economic Association’s meeting this month made clear the country is hurting, while international mediators urgently seek progress on talks to end the fighting.

Because of internal conflicts, the destruction of infrastructure and uncontrolled spending are hurting the economy while ordinary Ethiopians face weakening incomes and rising poverty, economist Alemayehu Seyoum told the meeting.

Ethiopia once seared into the global consciousness with a devastating famine in the 1980s. The country has since transformed its economy with mega-projects like the Grand Ethiopian Renaissance Dam, the largest in Africa, and large-scale construction projects in Addis Ababa, Africa’s diplomatic capital.

The economy grew at an average of 11% over the past decade.

But the war in the northern Tigray region, which began in late 2020, has caused immense disruption. In June, the International Monetary Fund said growth likely fell to 3.8% for 2021-2022 because of the war and a “sharp fall in donor financing,” among other factors.

Instead, the economy has shifted to a war focus.

The finance ministry now pleads with the public and Ethiopia’s large diaspora to contribute to a “national cause” for war reconstruction and aid. Ethiopia’s National Bank introduced changes to give the government all possible access to foreign currency, including requiring foreign residents to convert all in their possession upon entry.

But some critics such as the spokesman for the outlawed Oromo Liberation Army, Odaa Tarbii, say “vanity projects” are not necessary now.

Anything seen as criticism of the war can be stifled. Last week, authorities blocked 31 local civil society groups from organizing a media briefing calling for peace.

Following criticism that its financial support was enabling the government’s war efforts, the World Bank last week said it will continue its partnership but expressed concern.

Some state-run sectors of Ethiopia’s economy continue to open to investors, as Abiy promised after taking office. The cabinet this month approved the entry of foreign banks, a significant step.

Ethiopia’s ambassador to the United States, Seleshi Bekele, said the “international community should support this initiative by helping to disarm the hostile (Tigray forces).”

U.S. special envoy Mike Hammer was again in Ethiopia last week to “discuss the urgency of immediate cessation of hostilities,” according to the State Department, which said “the Ethiopian people have suffered tremendously from this conflict.”

Ethiopia’s government was unsettled when the U.S. last year removed it from a preferential trade program over its failure to end the war in Tigray that the U.S. said led to “gross violations” of human rights. Addis Ababa is lobbying for a reversal.

Since then, global companies like PVH Corp have left Ethiopia, citing security reasons, and others are laying off thousands of employees.

Ethiopian Airlines, the largest aviation group in Africa, remains one of the country’s few profitable companies but has been accused by Tigray forces of transporting troops and weapons to the war front. The airline has denied it.

Inside Tigray, millions of residents are still largely cut off from the world. Communications and banking services are severed, and their restoration has been a key demand in mediation efforts.

Other shortages are deadly. In an email to the AP, the head of the Tigray health bureau said vaccines for children ran out more than a year ago, and women don’t have family planning supplies. Humanitarian deliveries have stopped because of the renewed fighting.

“The list is very long. I just don’t want to bore you with the details,” Amanuel Haile wrote. “The above are just enough.” 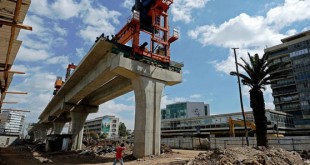 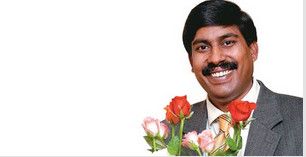 Karuturi to Borrow From Sovereign Fund After First Ethiopia Crop