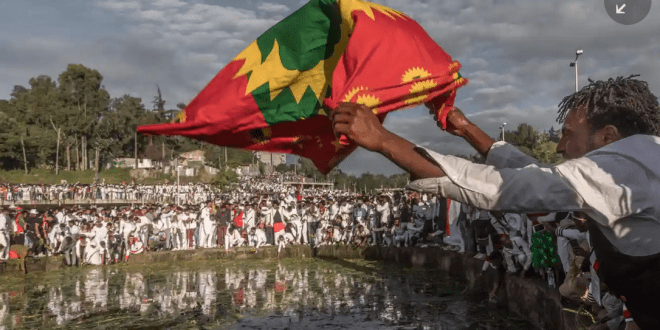 May 29, 2020 Comments Off on Ethiopia’s security forces accused of torture, evictions and killings – report

Ethiopia’s Nobel peace prize-winning prime minister Abiy Ahmed has been urged to investigate allegations that state security forces have committed a raft of serious human rights abuses including torture and unlawful killings since he came to power in 2018.

According to a report by Amnesty International, published on Friday, Ethiopia’s military and police in its two most populous regions arbitrarily detained more than 10,000 people, summarily evicted whole families from their homes – some of which were burnt and destroyed – and in some cases were complicit in inter-communal violence targeting minorities.

Federal authorities have not responded to the report, which focuses on the period between January and December 2019 in the regions of Amhara and Oromia.

“Given the gravity and the duration [of the period in which abuses were reported] I cannot believe top officials are not aware of what was happening,” the report’s author, Fisseha Tekle, told the Guardian. “And if they are not then it is a dereliction of duty.”

In Oromia, security forces are waging a counter-insurgency campaign against rebels from the Oromo Liberation Army (OLA), an armed guerrilla movement demanding more autonomy for Oromos, which returned from exile in 2018 after Abiy removed it from Ethiopia’s list of terrorist organisations.

The move was part of a package of democratic reforms which won the prime minister widespread acclaim and, along with making peace with neighbouring Eritrea, secured him the Nobel peace prize last year. Shortly after becoming prime minister Abiy also confessed that security officials had in the past committed torture, and promised to ensure the sector was fully accountable in the future.

But the OLA has since returned to armed conflict, and accuses the government of failing to deliver its promises of more democracy and self-rule for Oromos. For more