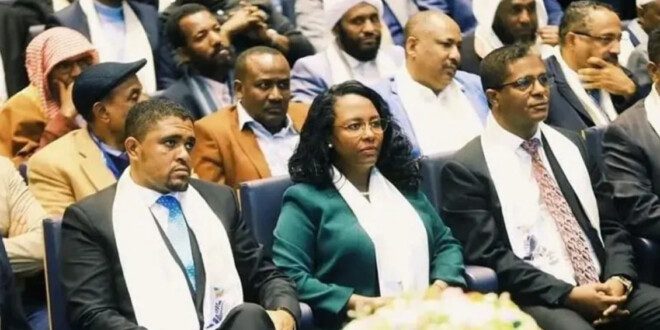 Ethiopian Federal government endorsed Addis Ababa demarcation process with Oromia and its result. It said it closely followed it.

Addis Ababa City administration said it has reached an agreement with Oromia region to resolve what all the levels of government call “boundary demarcation” between Ethiopia’s capital and Oromia’s “special zone.”

The  Federal government, through a statement from the Government Communication Minister, made several claims – apparently with the intention to create the impression that the process was fair.

It went to the extent of calling it “exemplary” to other areas in Ethiopia where there is a similar problem.

The statement from the government communication  office highlighted that a “joint committee from the city administration and Oromia special zone made an extensive study based on the Federal government, Oromia region and Addis Ababa Administration charter.”

Furthermore, it is said that the “Federal government has been closely following the process.”  It stated its stance saying that the boundary demarcation was completed in a way to resolve “age-old grievance” and that it is meant to serve for a long time.

“Our joy does not have a boundary that we have completed successfully what we have been consulting and working with our people with a great sense of responsibility, commitment and determination,”  said Adanech Abiebie, the Mayor.

Her administration called the result “historic.”

Koye Feche, part of Tulu Dimtu and Jemo are demarcated to be part of “Oromia special zone” in Addis Ababa area.  Oromia region, with tacit recognition from all levels of government, refers to the area as “Finefine zuria  leyou zone” (Fininie special zone).

There are also areas that were part of Oromia but demarcated as part of the Addis Ababa administration. Lebu area Furi Hana and Kersa river areas are made to be part of Addis Ababa according to the new arrangement.

Addis Ababa Mayor and Oromia region president are from what used to be Oromo People’s Democratic Organization ( later briefly rebranded as Oromo Democratic Party under the leadership of Abiy Ahmed as part of the preparation to form what became Prosperity Party).

Considerable numbers of residents of Addis Ababa (as seen from social media conversation), notable activists and opposition parties, including Balderas whose leader was arrested by Abiy Ahmed Administration, have been criticizing Addis Ababa Administration, in the past three years,  for moves to alter the demographic composition of the city in favor of ethnic Oromo numerical superiority.

There has been coordinated fraud, according to some critical voices,  in the distribution of Condo, including the latest one.  Addis Ababa City administration admitted the last one as a “mistake” related to software issues. It also claimed that results of a lottery draw administered to distribute the units are nullified and individuals behind it arrested.

It is noticeable that the majority of the People in Addis Ababa are concerned that the dominant political forces in the ruling Prosperity Party have an agenda to Oromize Addis Ababa. Recently, there have been reports that the Oromia region imposed an anthem used in selected schools in Addis Ababa.

Unlike the Federal government and City administration, the Ethiopian Citizens For Social Justice Party (EZEMA) believes that the process through which the demarcation was carried out between Addis Ababa and the so-called “Oromia Leyou zone” is not inclusive.