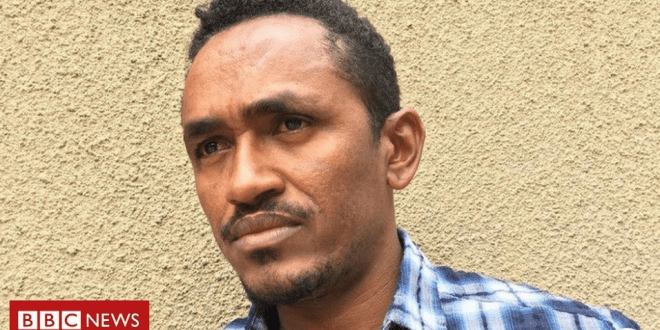 Ethiopian musician Hachalu Hundessa, well known for his political songs, has been shot dead in the capital.

It is not known who was behind the killing but the 34-year-old had said that he had received death threats.

Hachalu’s lyrics often focused on the rights of the country’s Oromo ethnic group and had a role in a wave of protests that led to the downfall of the previous prime minister.

On hearing about his death, thousands of his fans headed to the hospital in Addis Ababa where the body of the singer had been taken, BBC Afaan Oromo’s Bekele Atoma reports.

Police then used tear gas to disperse the crowd.

The internet has been shut down in parts of the country and protests are expected, our correspondent adds.

Demonstrations erupted in 2016 and pressure built on the government.

The ruling coalition eventually replaced then-Prime Minister Hailemariam Desalegn with Mr Abiy, who is Oromo himself.

He has brought in a series of reforms which has transformed what was considered a very oppressive state.