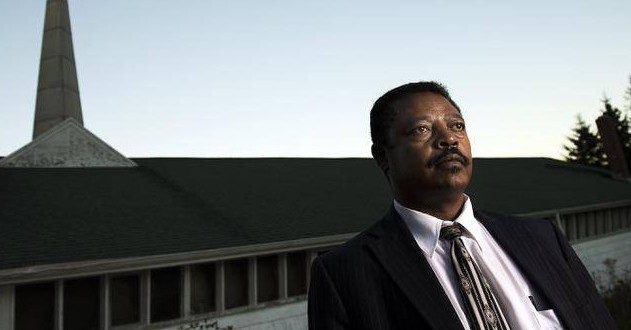 Ejigu Haille, a member of the Oromo people, arrived with his family in Halifax in 1996 and they haven’t looked back since. Haille, 44, is best known in the community as the spiritual leader of the Oromo Gospel Church, one of three local churches that serve the local Ethiopian community. (CHRISTIAN LAFORCE / Staff)

Spending years in a refugee camp can be a demoralizing situation for many people.

But not for Ejigu Haille.

And definitely not after Haille, a member of the Oromo people, fled political oppression in his native Ethiopia by walking nearly 14 days, risking life and limb, from Addis Ababa to neighbouring Kenya.

“It was hard to simply escape because at that time there was a lot of border security, so that’s why I just took an other direction to avoid that security,” he recalled.

Haille then spent the next 71/2 years in two Kenyan refugee camps. There he met his wife and his daughter, Solome, was born.

By sheer luck he encountered Canadian officials and applied for political asylum.

“I didn’t really know anything about Canada, but I heard it’s a peaceful country,” he said.

Much of his perception of Canada was coloured by what his older sister, a political refugee who had settled in the Halifax area, told him.

“She was here before me,” Haille said. “I just wanted to go where she was.”

So in May 1996, with his wife and two-year-old daughter in tow, he touched down in Halifax.

The family hasn’t looked back since.

To support his family, he began cleaning buildings, but then decided to enrol in some courses so he could enter the health field.

“I was really very shocked, with the language, culture and weather,” he said. “Everything was very hard to get used to.

“It was a very difficult time for the first year and then I went to school and I graduated as a licensed practical nurse.”

He worked in hospitals in Windsor, Kentville and Truro before switching careers again when he started driving cabs in Halifax. He now runs his own limousine company.

His family grew with four more children over the years.

Today, Haille, 44, is best known in the community as being the spiritual leader of the Oromo Gospel Church, one of three churches that serve the local Ethiopian community.

Initially, the church held services — for its 12 members — in Haille’s home.

But soon the congregation out grew that space and earlier this year, they were invited by Rev. Dennis Nickerson of the Calvary Baptist Church in Spryfield to hold services there.

It’s been a harmonious partnership ever since, Haille said.

Several years ago, Haille helped found the Oromo Community Association of Nova Scotia, which has worked in collaboration with Immigration Settlement and Integration Services to ease the transition for Oromo arriving on Nova Scotia’s shores.

Today, there are 27 Oromo families in the province, most of them concentrated in the Halifax region.

Getting them here is difficult, but keeping new arrivals for the long term appears to be an even more daunting task, Haille said.

“Some people come, but some don’t stay very long because in this area there is no work,” he said. “So because of that, after they come (here) they then move out west.

“With some people, we try to settle them here and try to find jobs for them so they stay here.”

Haille has returned to Ethiopia several times over the years.

“I’m happy to go home and see family, but when you see what the government is doing it’s not right for my peace of mind.”

He thinks back to the night, many years ago, when he walked over Kenyan border and says he is glad he never lost hope.

“I like it here, it’s a small community,” he said. “Where I grew up, there was almost four million living in the city.

“The people (here) are very nice and very social … and very welcoming.”