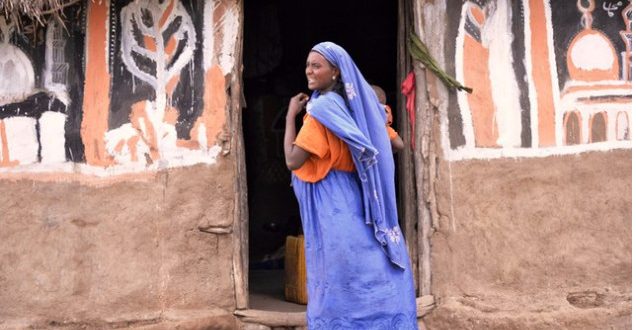 CAIRO – On July 21, Getu Ayana, a 26-year-old Oromo asylum seeker self-immolated in front of the city’s United Nations refugee agency (UNHCR) office. Asli Nure, another refugee from the Ethiopian ethnic group, ran towards Getu in a panic. She too was soon engulfed in flames. Both were rushed to hospital, but had already sustained third-degree burns over 60 and 40 percent of their bodies, respectively. Nure died five days later, and on July 31, Ayana too.

UNHCR closed its doors for three days. The issuing of refugee status determination (RSD) decisions resumed normally once it was reopened, but the decisions for Ethiopian asylum seekers were suspended for an extra week.

A group of 40 Oromo asylum seekers, including Ayana and Nure, had been camping outside the UNHCR offices for four months at that point. According to the witnesses who camped alongside the pair, the self-immolation was the culmination of months of frustration. Ayana and Nure acted because of what fellow demonstrators claim are the long wait times for refugee status determination (RSD) interviews and the high rate of rejection for Oromos in Egypt.

The night before the incident, the group decided that if there were any more rejections they would take some sort of action. “If we go back to our country, all we can expect is jail and torture. Rather than return back to Ethiopia to die, we decided it would be better for us to die here,” said Abdo, a teacher from Ethiopia’s Oromia state.

Thirty-three of the 40 agreed to self-immolate. “On the Wednesday evening, we collected money to buy a container of gas,” said Jafar Umar Mohammed, a farmer from Oromia. Ayana went ahead – but the others say they may follow if the UNHCR does not address their concerns.

Sophia Ibrahim Sani, a single mother of four, was one of the few that didn’t agree to self-immolate, but she echoed a similar sense of desperation. “If I didn’t have my children here depending on me, I would have participated as well. If you have problems and there are no solutions, it’s better to die,” she said. Demonstrations against the allegedly long wait times and rejection rate began on March 27, when nearly 300 Oromos gathered in protest outside UNHCR.

“UNHCR staff held a series of meetings with community leaders to address the complaints of the community,” said Elizabeth Tan, theUNHCR regional representative in Egypt. “After two weeks of intensive discussions, UNHCR reached an agreement with the community on a number of issues,” she said. While the majority of protestors dispersed by April 11, around 40 remained, camping outside the offices.

He said he is afraid to run into the smugglers that brought him into Egypt. “I owe them money, money I don’t have, and they’ve already attacked me once in the streets,” said Mufti.

Sani said she too had security issues when she lived in Arab al-Maadi, a densely populated neighborhood in Cairo where most Oromos live. “Egyptian teenagers would chase my daughters and throw stones or shards of glass at them,” she said. According to both Mufti and Sani, attacks on refugees in Egypt are frequent, especially on ones from African countries. When they try to report problems to Egyptian police, they are often ignored.

Though the Oromos make up the largest ethnic group in Ethiopia, their culture has long been repressed by successive Ethiopian governments. “I was a teacher of Afan-Oromo, English and Amhara in a preparatory school. The government accused me of teaching the students Oromo culture and opposition politics. Because of this, I was arrested repeatedly,” said Abdo.

Sani said that between 2005 and 2013, she was detained twice – once for three years and the second time for 18 months. She was accused of having links to the Oromo Liberation Front (OLF), a common pretense used by the Ethiopian government to carry out arbitrary arrests and detentions of Oromos. According to Human Rights Watch (HRW), “tens of thousands have been targeted for arbitrary detention, torture, and other abuses, even when there is no evidence linking them to the OLF.”

The HRW report states that between November 2015 and June 2016, over 400 protesters are estimated to have been killed in Oromia. Those protests initially began to oppose the expansion of Addis Ababa. While the plan was shelved, further grievances with the government’s grip over power and repressive tactics have returned to the fore in recent months. By August, protests spread throughout Oromia and into the Amhara region, with the government responding harshly, leaving nearly another 100 protesters dead.

“Since I’ve been living here, each week they hand out around 40 rejection letters, and maybe one acceptance for Oromos,” said Abdo. Tan said that negative RSD decisions for Oromos have increased between 2014 and 2016. But she noted, “RSD decisions are based on asylum seekers’ individual claims and UNHCR uses country of origin information approved by UNHCR HQ to help assess the individual claims.”

“The waiting period between registration and RSD interviews is often lengthy because of UNHCR’s lack of capacity,” said Tan. She noted that UNHCR has reduced RSD processing from 28 to 16 months, but added that the majority of the decisions being issued now are from cases filed in 2013 and 2014.

The majority of asylum seekers entering Egypt come from Syria, Sudan, South Sudan, Ethiopia, Somalia, Eritrea and Iraq. As of July 30, 184,116 refugees and asylum seekers have registered withUNHCR in Egypt. Between July 2015 and July 2016, the number of Ethiopian (including Oromo and Amhara) asylum seekers and refugees alone has nearly doubled from 5,518 to 10,288.

According to Tan, emergency housing and financial assistance in Egypt are provided for the most vulnerable newcomers. However she noted, “Only between 15 and 35 percent of refugees and asylum seekers are provided with financial assistance, and the levels of assistance are inadequate to sustain a basic standard of living. This low level is due to the insufficient funding levels for refugee programs in Egypt.”

Refugees in Egypt often find themselves caught between personal and financial insecurity. Employment opportunities for refugees in Egypt are slim and financial assistance very limited. This makes access to housing, medical treatment and basics difficult. Oromo refugees bear a particularly heavy toll due to such dearth of support.