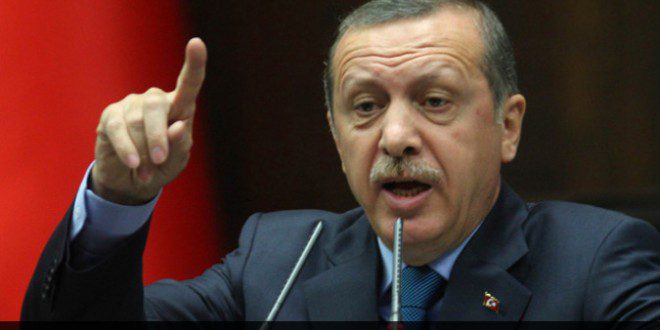 Erdogan said the West was beginning to redefine democracy as a process that is not solely determined at the ballot box, although the poll represents “the people’s will.”

“This is what has been implemented in Egypt. Who is behind this? Israel. We have evidence,” Erdogan said, as quoted by the Hurriyet daily, during a meeting with provincial chairs of his ruling Justice and Development Party (AKP).

Erdogan spoke of a meeting between Turkey’s justice minister and a “Jewish” intellectual in France before Egypt’s 2011 elections.

“The Muslim Brotherhood will not be in power even if they win the elections. Because democracy is not the ballot box’: This is what [the intellectual] said at that time,” the PM continued.

Erdogan did not clarify what connection the unidentified intellectual had to the Israeli government or how his alleged opinion proved Israel played any part in the recent ouster of Morsi.

The Israeli Foreign Ministry declined to respond to Erdogan’s accusation. “This is a statement well worth not commenting on,” said ministry spokesman Yigal Palmor.

In March, Israel attempted rapprochement with Turkey after Israeli Prime Minister Benjamin Netanyahu called Erdogan to apologize for the 2010 Gaza flotilla raid that resulted in the deaths of eight Turks and one Turkish-American.

Erdogan accepted the apology and both sides agreed to carry out further discussions. The PM, however, said that normalization of bilateral ties would take time, insinuating that Turkey wanted to ensure victims of the raid were compensated and that Israel remained committed to easing the restriction of goods to Gaza before restoring relations.

The Turkish PM, an outspoken supporter of Morsi and his Islamist government, lashed out at the West for failing to act in light of last week’s bloody crackdown against Muslim Brotherhood supporters. Having previously condemned the coup, Erdogan insisted that Morsi be reinstated through a democratic process.

Erdogan’s ruling AKP, which has Islamic roots, had developed ties with Egypt’s Muslim Brotherhood and aimed to boost Turkey’s regional clout by bolstering its relationship with the North African state.

The Egyptian interim presidency, however, denounced Erdogan’s remarks. Presidential spokesperson Ahmed Muslimany said that “agents of the West should not give lessons in patriotism.”