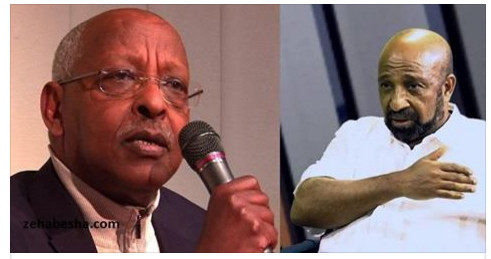 August 13, 2016 Comments Off on ODF and Patriotic Ginbot 7 (PG7) – Memorandum of Understanding (MoU)

After several candid discussions and careful considerations of the current political, social, economic and humanitarian situations in Ethiopia, and all the damages caused by successive regimes and the TPLF/EPRDF regime in particular on the welfare and national interests of the peoples of Ethiopia and the security and sovereignty of our country, the ODF and PG7 have made important observations and conclusions. The longer the current regime is allowed to stay in power, the harsher will be the pain, suffering and humiliation endured by the peoples of Ethiopia. Therefore, both parties are fully convinced that a transition from the current TPLF regime towards a new and genuinely federal and democratic state is of utmost urgency.

Both organizations take note of the fact that millions of people in Oromia for the last nine months, and now in the Amhara regions, as well as in the south, coming out and protesting in massive show of defiance, just a few months after the regime claimed a 100 percent victory in the sham elections it conducted in May 2015, and the manner of its reaction to the legitimate popular protests, demonstrate beyond doubt that the regime has lost any semblance of legitimacy. We believe that the mass killings, brutality, and inhuman treatment perpetrated by the TPLF regime against the peaceful protesters are enough indications that the Woyyane clique is determined to control all spheres of life in Ethiopia by sheer use of force and cling to power at all costs. The regime’s unwillingness to function in a multi-party political environment, provided for in its own tailor made constitution, and unabated repression and brutal killings in all parts of Ethiopia, harassment and persecution of the legal opposition, civil society and journalists, as well as gross abuse of power, looting of public and state resources demonstrate that the regime has closed all political space and avenues for reform. Therefore, ODF and PG7 firmly believe that the people have no other choice to end this tyranny and humiliation, but to engage in a concerted and coordinated mass democratic movement, popular uprisings, and rebellion to bring an end to repression, economic exploitation, national humiliation, tyranny, and dictatorship.

Therefore, believing that a coalition of the Ethiopian democratic and liberation forces is the only alternative to get rid of the dictatorial regime and to create a truly united and genuinely democratic federation in Ethiopia, where justice, peace, equality, freedom, and economic prosperity prevail, ODF and PG7 have agreed on this day, August 11, 2016, to form an alliance on the basis of the following three cardinal principles.

1. Ethiopia being a multinational, multilingual and multi religious country, the state should
respect and equitably reflect all its identities. The two organizations shall strive to build a
truly democratic federal state, which promotes and guarantees the equality and unity of
its peoples on the basis of social justice, equality, citizenship, economic prosperity, and
protects and safeguards the sovereignty of the country.

2. Bring an end to tyranny, dictatorship, and exclusive monopoly of political and economic
power in Ethiopia, and lay the foundation for a democratic system where political power
at all levels of government is subject to the free will of the people. All member
organizations of the alliance and future coalition shall agree that genuinely free and fair
elections are the only path to power. The primary objective of the alliance shall be
bringing an end to tyranny and paving the way and laying the ground work for a
democratic transition of power.

3. The paramount purpose of the alliance is to achieve the prevalence of freedom, justice,
equality and democracy in Ethiopia, and the empowerment of the people. Hence alliance
and future coalition members shall not use minor policy differences to hinder these noble
goals. Once they are empowered, the people shall be the ones who decide on alternative
political, economic and social policies. The alliance and coalition members shall promote
a culture of tolerance and dialogue and resolution of differences through frank and open
discussions.

Both organizations, ODF and PG7, have agreed to form a joint working group, composed of
representatives from each organization, to undertake all duties of coordinating different tasks as
assigned by the agreements between the leaderships of the two organizations.

Justice and Freedom for all!