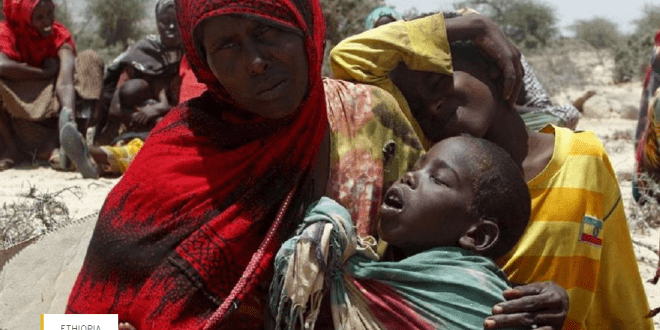 A prominent Ethiopian blogger has disclosed that members of the Oromo ethnic group were the worst affected by recent ethnic tensions – between the Oromia and Somali regional governments – in the country.

Daniel Berhane, who is also editor of the Horn Affairs news portal, wrote on his Facebook wall that he had received information pointing to the fact that “the displacement of Oromo residents is actually an eviction.”

He cited sources close to the Somali side and persons he described as ‘third parties’ for the information. “Somali region government must be stopped from further violation of rights. Now!” he stressed.

He had earlier reported in a story on Horn Affairs, that about 50,000 people had been displaced by the fighting which started earlier this month but escalated last week after murders on both sides. About 48 thousand are currently sheltered in three locations, he added.

He, however, clarified that some Somalis were also affected by the evictions. “The eviction includes members of Somali Jarso clan, some of whom voted in favor of Oromia in the 2004 referendum.”

The referendum in question is one that moved to solve a lingering border demarcation issue between the Oromia and Somali regional states. It allowed residents along their common border to vote which state they wanted to belong to.

Results indicated that Oromia won about 80% of the disputed areas but implementation of the referendum results has yet to be firmed up.

A reason advanced by most watchers being that most residents are pastoralists or farmers hence making the demarcation difficult especially in the light of territorial and resource competition. The two share a border that is about 1,400 km long. They are also the biggest states in terms of area.

Oromo activists, however, are adamant that Addis Ababa was fueling the recent violence through a notorious paramilitary force known as the ‘Liyu Police.’ The force are said to have the backing of the Somali regional state and are deliberately fomenting the crisis to give Oromia a bad name.

The respective governments have traded blame about the main cause of the recent clashes despite signing a peace pact in April 2017. The Federal government has moved in with the Army in efforts aimed at bringing peace.

Prime Minister, Hailemariam Desalegn on Saturday met with presidents of the feuding governments and other stakeholders with the view of finding a lasting solution to the volatile security situation.

FROM THE SAME COUNTRY