January 10, 2016 Comments Off on Refugees from Ethiopia March in Syracuse Over Concerns About Violence in Their Homeland

About 50 refugees from Ethiopia took to the streets of Syracuse Friday to try and get the U.S. government to stop attacks against people in their homeland.  People who fled violence years ago are seeing their relatives in danger.  They’re crying out to urge Washington to stop government backed violence in their African Homeland.   Habiba Boru came to Syracuse 15 years ago to escape similar attacks. 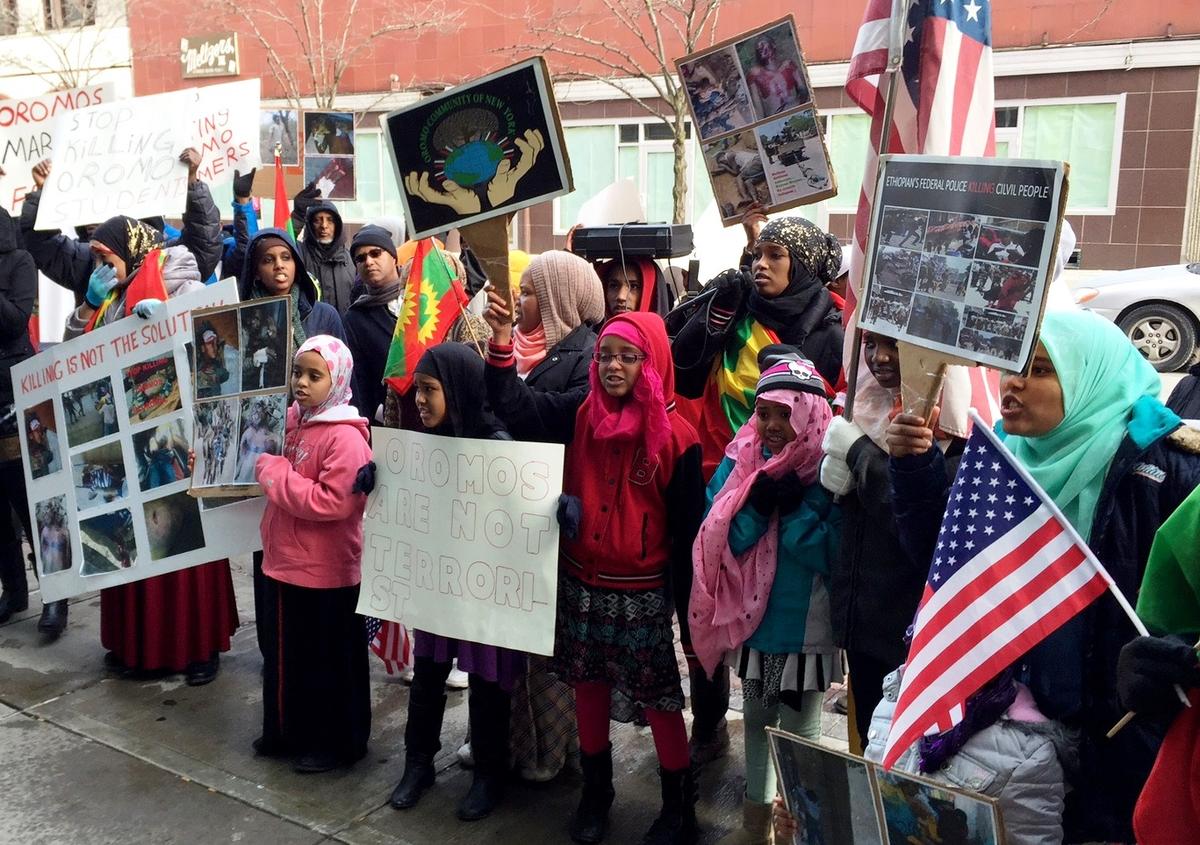 Ethiopian refugees in Syracuse gather outside the office of Rep. John Katko to call on the U.S. government to stop the violence in Ethiopia.
CREDIT CHRIS BOLT / WAER NEWS

Boru explains the Oromo people are being pushed out of their farmlands to expand the country’s capital of Addis Abbaba.  Jamal Abdullahi has lived here 32 years and  wants his voice heard.

“The United States is a superpower, and we are citizens of this country.  I have four children who were born here.  We are American citizens who struggle every day, we pay taxes.   The United States government should stop the killing.  The Ethiopian government doesn’t hesitate to shoot.”

The group marched to Congress Members John Katko’s office to seek help in stopping the violence they feel is being obscured by other areas of the world.

Other countries are taking notice…the European Union has a meeting Monday to address Ethiopian violence.

Congressmember Katko was in Washington.  The protestors were able to meet with a staff member here in Syracuse.

Listen
Listening…
5:19
Syracuse refugee Habiba Boru and Rochester Resident Jamal Abdullahi are demanding action from the US government to stop violence against their relatives and other residents in Ethiopia. They describe how a government plan is violently pushing out farmers and other rural people to expand the capital of Addis Ababa.