Stop The Killing and Injustices Being Committed Against The Oromo People. -
Oduu Haaraya 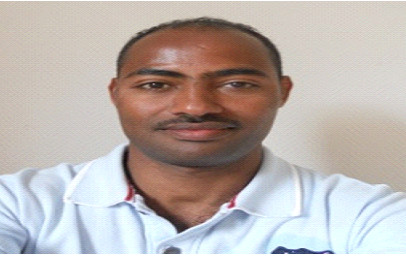 Stop The Killing and Injustices Being Committed Against The Oromo People.

By;- Mekonenn Elalla
The united nation international human right convention paragraph 9, 10, and 11 declare no citizen of any country shall be arrested without reasonable ground of conviction; and if he or she is indicted in any kind of charge or wrong doing, it states the right of the subject to be presented in front of a legitimate court in early possible time. The protocol also clearly illustrates that until the legitimate court sentences the subject as guilty, his or her right of innocence must be respected and maintained. The 1991 Ethiopian government constitution which is based itself on the international human right protocol has also declares this right in its chapter 17 paragraph 2 that no citizen of the country shall be arrested without a warrant issued from a legal court; and if this is done properly, his or her right to stand in face of a legal body to get a trial no later than sooner must be guaranteed. Ethiopia is not only among those countries that drafted and ratified the international human right convention, it is also one of the pioneer fifty-one countries who found the United Nation.
Since the musketeers and bourgeois rule of Amhara, through the military junta of DERG, and till the current tribal regime of TPLF, the Oromo people are being subjected to a continuous persecution, imprisonment and killing savagely. Particularly, the bourgeois Amharas’ vicious killing that unleashed on Oromo people has left a big black hole in our history and the scar will remain unforgettable across time and generation. Even today, the Amharas’ disregard, contempt, and demeaning towards the mass Oromo people rights, norms, and values is highly pronounced and appalling in magnitude as before if not more.

The tribal TPLF regime which spent 17 years of guerrilla fighting in jungle before coming to power in 1995 to govern the country for the last 22 years does not seem to have any concern or knowledge for the internationally accepted human right protocols leave aside to abide by the rules and regulations. By its very nature, TPLF is a jungle born tribal party which is incapable to administer Ethiopia in respect of contemporary, civilized thinking of governance. Its inadequacy to lead the country has proved itself in these 22 years when it induces the rule of jungle, force and terror to stay in power. Here after, no one expects TPLF to realize the importance of freedom and democracy to govern a sovereign country. If one thinks that the time is still early for this tribal regime to update itself and respect civilian rights, he or she must be the one who dreams the sun to rise on west and set in the east. No one is optimist to any form of positive change as long as this government is on power.

More than ever, today, the Oromo people which constitute the majority of the total population have become determined not to sustain any form of oppressions. Incarcerating and killing Oromos who ask their rights, administering severe corporal punishment on those who exercise their freedom of speech and press, exiling those who stand against any kind of partial or racist treatment, and persecuting Oromo scholars to flee the country are among the major administration policies of TPLF. In general, what the regime is committing against the Oromo people could be considered as an act of genocide. For the world surprise, those codes of crimes TPLF penalized in life or death sentence are undisputed human rights across the continents including Africa. Unfortunately, even if TPLF is not exercising it in reality, some of the charges that many Oromo people are being left in prisons are clearly stated as civil rights on the constitutional documents (papers) of the country. To TPLF shame and guilt, as if the country has two distinct constitutions and two classes of citizens, rules and regulations that deny the very rights of some are being implemented to liberate and empower others.
The tribal regime of TPLF that segregates citizens in race and language for preferential access of education, work and safe life has faced a strong reaction and opposition from Oromo people which make more than half of the population count. This abundance put imminent threat to TPLF that it will be overwhelmed by number and power. This in turn brings a continuous persecution and a deliberate, systematic, or wanton infliction of physical or mental suffering for Oromo people regardless of sex, age and region across the country. The case of those 69 Oromo innocents who are suffering in prison not for any justified reason or crime but simply for being Oromo and asking their rights is a simple justification for TPLF’s aggression.

Since the onset of TPLF regime, the number of Oromo people put behind bars and racked at different places in Kality, Zeway, Shewarobit, and Diredawa is getting higher. Those 69 Oromo prisoners, who are collectively jailed under the command of the deceased Prime Minister Meles Zenawi, just a year and two months before his death, have faced a gruesome torture in their prison cells. These prisoners have neither been tried in front of any legal court nor have knowledge for what kind of transgression they committed to end up in prison. Recently, after being told to get a hearing on 6th of July, suddenly they received a prolongation of date by four months on which they expressed their deep discontent and appealed to the office of the Prime Minister. However, their right to appeal for the PM office triggered the prison management’s anger and they become subjected for harsh and sever punishment from the authorities. These innocent prisoners put in a group, tied their hands and feet to endure a shocking revenge. Some of the hospital source have disclosed many of them have been left with sever physical injuries. Among those who have been tortured in inhumane manner, eight of them were critically injured and lost their conscious before taken to a hospital. According to eye witnesses, prior to their severe corporal punishment, those 69 prisoners were grouped in to three. These people have also testified that the walls and floors of those rooms where the prisoners savagely tortured were stained with blood and had been washed and cleaned for a day long.

In addition to this, Engineer Tesfahun Chemeda, who lost his life after a long time imprisonment and torture in Kality prison, is regrettable, unforgettable and unforgivable loss for us, Oromo people as a whole. This act of crime will never stop or pull back our struggle against TPLF regime; and we keep shouting to expose its offence against Oromos to the world wide nations. We will never surrender until a neutral body examines the cause of his death and we, as Oromo, and his beloved family get justice against the killers.
This crime and inhumane treatments of TPLF being administered on Oromo people is a part and parcel of a day to day gruesome acts of the regime against the nation and nationalities of Ethiopia. Therefore, the Oromo Libration Front calls every individual citizen of the country to feel and consider this oppression as a crime committed against his or her livelihood to stand together to pull out the already rotten government. When the Oromo people are attacked, Afar, Sidamo, Somalis, Wolitas, and other nation and nationalities should come forward reinforce the struggle since TPLF dictatorial rule and oppression is without exception. As the Oromo Libration Front is committed and making life sacrifices to bring a revolutionary change, it calls other oppressed groups to join its struggle to eradicate the regime and to smash its racial and partial yoke the people have been carrying for the last 22 years.