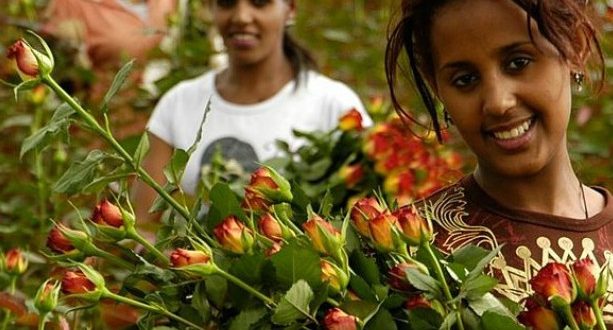 Esmeralda Farms Nederland, a US-based flower farm in Bahir Dar, has ceased its operations in Ethiopia after an attack on its premises by alleged anti-government protesters that led to damages worth millions of dollars.

The attack which was linked to the ongoing Oromia protests happened earlier in the month. It caused damages estimated at $ 11, 158, 900 (10 million euros), according to DutchNews.nl. It also led to the loss of several jobs in the horn of Africa nation and The Netherlands.

The attackers set on fire and vandalized the farm’s irrigation system, packaging halls, cold storage rooms and a borehole which also supplied locals with water.

Other farms owned by Italians, Indians and Belgians were also set on fire.

“We definitely cannot go on the farm any more, our facilities are completely destroyed,” News24 quoted Juan Carlos Vallejo, a board member of the farm.

Esmeralda Farms Nederland began operations in the horn of Africa nation in 2013. It has its headquarters in Miami, US and has another base in Ecuador, South America.

The decision to leave the troubled nation is a major blow. The company had employed about 550 Ethiopians through its subsidiary in The Netherlands.

About 30-40 percent of the firm’s flowers come from Ethiopia. There were three shipments from the nation into Europe each week, Nl Times.nl reported.

The protests began in November last year after Oromo community, the biggest tribe in Ethiopia rejected the government’s plan to expand the administrative boundaries of Addis Ababa, the capital into the neighboring Oromia region.

The government stopped the plan in January but the protests continued as the community and Amhara tribe protested the political and economic marginalization that has led to a government dominance by Tigrayan ethnic group, a majority tribe.

At least 500 protesters have been killed in the clashes, Human Rights Watch reported. The government, however rejected the figures.

Human rights activists said that security forces have used live bullets and brutal force on protesters who are largely un-armed. Thousands of demonstrators and opposition politicians have also been charged with terrorism.

There are fears that the violent protests will scare away investors from the horn of Africa nation, which is one of the fastest growing economies with an annual average growth rate of about 10 percent.

Sign up for the AFKInsider newsletter — the most compelling business news you need to know from Africa and the African diaspora, delivered straight to your inbox.