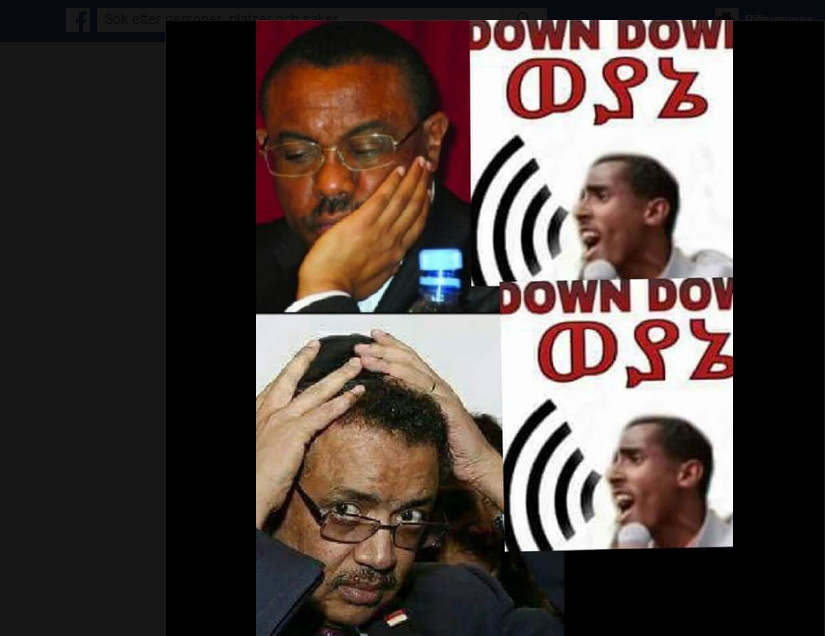 inister Hailemariam Desalegn has informed the nation this afternoon, October 9, 2016, a decree by his cabinet to impose a state of emergency effective yesterday and remains in effect for six months.

“It may be shortened depending on the improvement on the security front,” a senior government official told Fortune.

The Council of Ministers, in its emergency meeting called on Saturday afternoon, has invoked a rare provision in the constitution, Article 93, in response to the growing civil unrest across the country, particularly in the Oromia Regional State. The unrest, growing to be violent and increasingly involving lootings, has expanded to the Southern Regional State, beginning late last week.

The Council has effectively put the nation under marshal law, a decree made for the first time in 25 years of the EPRDF rule. Marshal law is a rare and extreme measure governments are compelled to take under times of war and civil unrest. It is military personnel who take the authority to enforce civil and criminal laws, while curtailing civil liberties such as the right to be free from unreasonable searches and seizures, freedom of assembly and movement.

Ethiopia’s Constitution allows the Prime Minister to declare state of emergency for up to six months, but needs to present the decree to parliament in two weeks if it is not in session. Prime Minister Hailemariam is expected to table his declaration to Parliament in 10 days, according to sources in the government.

However, details of the scope, place and time of the state of emergency declared yesterday is in the making, official sources disclosed. It may not incorporate curfew at least in large parts of the country where there is no immediate concern on security, unnamed officials confirmed to Fortune.

The Prime Minister, addressing the nation on Sunday afternoon, on the marshal law, has pledged to respect fundamental human rights and diplomatic privileges covered under the ViennaConvention. The Constitution obliges the government to disclose, through the public media, the number of individual the state puts under custody every month.

In the meantime, the capital Addis Abeba remains calm today, although there is a drastically dropped movement of people and vehicles. However, weddings are taking place unaffected as planned earlier. Many residents are anxiously anticipating for details to surface tonight.