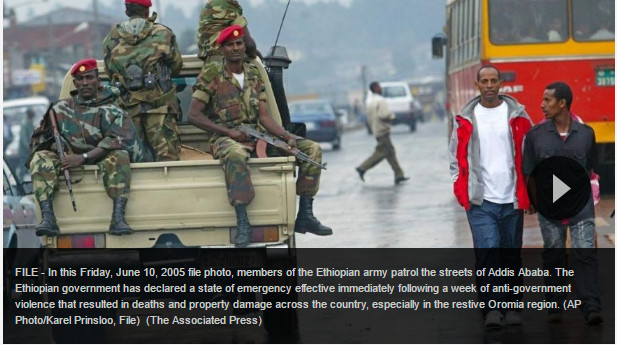 ADDIS ABABA, Ethiopia –  The Ethiopian government has declared a state of emergency effective immediately following a week of anti-government violence that resulted in deaths and property damage across the country, especially in the restive Oromia region.

It said the Council of Ministers declared the state of emergency in a message delivered to Prime Minister Hailemariam Desalegn.

Major towns and cities across the Oromia region are experiencing unrest and widespread violent protests after dozens died on October 2 in a stampede triggered when police fired teargas and bullets to disperse protestors at the annual Irrecha thanksgiving celebration in Bishoftu.

The state broadcaster said details of the state of emergency will be communicated to the public later Sunday.