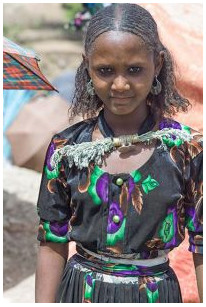 The dramatic decision to distribute the book for free – at an estimated loss of $30,000 – came, according to Tesfaye’s people, after NPA leaked a doctored copy of the book following the author’s refusal to omit two controversial chapters, one of which is about Oromo.

Tesfaye is not new to controversy, especially one involving the divergent Oromo and Ethiopian narratives. His well-received book, YeBurqa Zimita – the silence of Burqa – is the first major work of contemporary Amharic fiction with main Oromo characters based on a true story.

Tesfaye, who is of an Eritrean descent, grew up in Bishoftu in Oromia, central Ethiopia. He identifies himself as “Ijjoollee Bushooftu” meaning a proud Bishoftu native. His third major novel “Ye Bishoftu Qorxoch” and two subsequent memoirs, although less controversial, dealt with the plight of Oromo people under successive Ethiopian regimes.

Suffice to say, over the years, Tesfaye had distinguished himself as a controversial, introspective, and critical novelist by going against the tide of mainstream Ethiopianist narrative. For this, he’s been accused of many things, like being a paid Eritrean spy.

In the latest disputed book, one of the chapters that the publishers allegedly sought to censor was “Chaltu as Helen”, which is based on a novelized story of Chaltu Midhaksa, a young Oromo girl from Ada’aa Barga district, also in central Oromia.

Born to a farming family in Koftu, a small village south of Addis Ababa near Akaki, Chaltu led an exuberant childhood. Raised by her grandmother’s sister Gode, a traditional storyteller who lived over 100 years, the impressionable Chaltu mastered the history and tradition of Tulama Oromos at a very young age.

Chaltu’s captivating and fairytale like story, as retold by Tesfaye, begins when she was awarded a horse named Gurraacha as a prize for winning a Tulama history contest. Though she maybe the first and only female contestant, Chaltu won the competition by resoundingly answering eleven of the twelve questions she was asked.

Guraacha, her pride and constant companion, became Chaltu’s best friend and she took a good care of him. Gurraacha was a strong horse; his jumps were high, and Chaltu understood his pace and style.