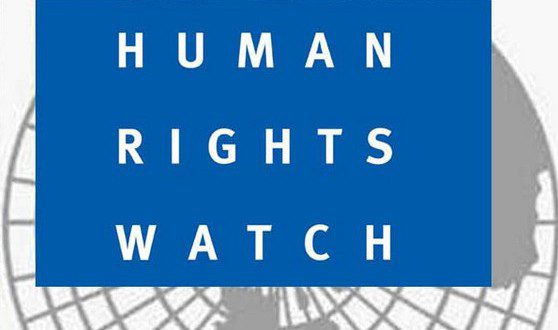 Ethiopia: Torture in the heart of Addis, even as leaders gather in gleaming AU building

October 21, 2013 (HRW) — Many journalists and diplomats who attend events in Addis Ababa’s gleaming new African Union building are probably unaware that it rests on the site of one of Ethiopia’s most notorious prisons. While that prison was torn down in 2007, its legacy of torture and abuse continues today at the heart of the capital.

Over the past year, I have spoken to dozens of people who were held in a detention centre called Maekelawi in central Addis. They described dire conditions and a range of abusive interrogation methods to extract information and confessions.

Since 2011, scores of high-profile individuals have been detained in Maekelawi under Ethiopia’s draconian anti-terrorism law, including journalists and opposition politicians, and held for months under the law’s lengthy pre-charge detention period as their “cases” are prepared for trial.

“Getachew,” a 22-year-old ethnic Oromo, was snatched from his university dorm, driven hundreds of kilometres to Addis Ababa, and locked up for eight months in Maekelawi. His parents were never informed of his whereabouts; he was never charged or given access to a lawyer; and never appeared before court. He was ultimately released on condition that he would work for the government.

Like Getachew, many of the people detained in Maekelawi over the past decade are political prisoners — arrested because of their ethnicity, their real or perceived political opinions and actions, or journalism work. Voicing peaceful dissent or criticism of government policy is increasingly risky.

In a new report, ‘They Want a Confession’: Torture and Ill-Treatment in Ethiopia’s Maekelawi Police Station, Human Rights Watch documents how the police who run Maekelawi have tortured and ill-treated detainees during investigations. Former detainees held in the facility since 2010 described how investigators slapped, kicked, and beat them with batons and gun butts. Some were held in painful stress positions for hours upon end.

Some are held in solitary confinement for days or months. Getachew said he was held alone and shackled for five months: “When I wanted to stand up it was hard,” he told me. “I had to use my head, legs, and the walls to stand up.”

To make matters worse, investigators use access to basic facilities and needs to punish or reward detainees. Even access to the toilet can depend on the whim of the police, as Getachew explained: “I was only allowed to use the toilet once a day, although after two or three months, I was allowed twice… They want to get something, and either they get some evidence or they don’t.”

Access to daylight is also restricted; one person said that he was taken outside for just a few minutes three times in 42 days in the dark cells. Several former Chalama Bet detainees complained of lasting vision problems.

Detainees have also been denied access to their families and legal counsel, particularly those detained on politically motivated charges.

Former detainees described being forced, often while being verbally abused and beaten, to sign statements and confessions for crimes they did not commit. Sometimes the confessions are presented in court as evidence or used to put pressure on those released to support the government and ruling party, as in Getachew’s case.

Most recently, the prosecution submitted statements gathered in Maekelawi from prominent members of the country’s Muslim community who were charged under the anti-terrorism law in 2012 for organising peaceful protests. There is credible information that several of the defendants were mistreated in Maekelawi, making their statements questionable.

The fate of those passing through Maekelawi’s gates is largely unknown to the outside world. Tackling the regular abuses of the rights of political prisoners’ right in the heart of the capital requires first acknowledging the violations and then making a commitment to address the culture of impunity among security forces.

Ethiopia’s leaders should publicly state that torture and other ill treatment is prohibited, and should take concrete steps to hold to account those found responsible for these abuses.

Most important, the Ethiopian government should ensure that no one is ever arrested for exercising their basic rights, including by peacefully expressing their political opinions.

That means urgently overhauling Ethiopia’s draconian civil society and counter-terrorism laws. But change is unlikely to happen unless key regional actors such as the African Union, the African Commission on Human Rights Peoples’ Rights, and Ethiopia’s foreign donors make their concerns known.

Turning a blind eye to the abuses in the centre of Addis Ababa should no longer be an option.

Laetitia Bader is an Africa researcher at Human Rights Watch.