Ethiopia's Defence Minister, Lemma Megersa, is under a house arrest as of this morning. Oromia Shall be Free |
Oduu Haaraya 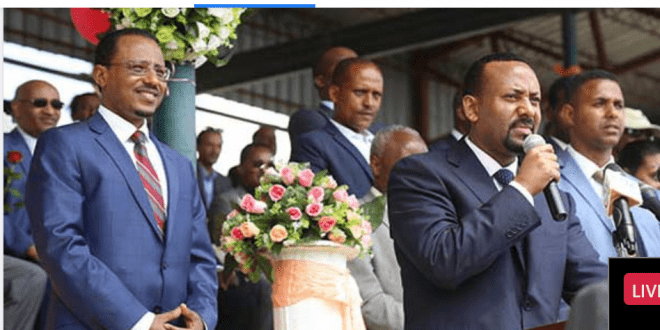 Ethiopia’s Defence Minister, Lemma Megersa, is under a house arrest as of this morning.

bilisummaa August 12, 2020 Comments Off on Ethiopia’s Defence Minister, Lemma Megersa, is under a house arrest as of this morning.

Hearing from credible sources that Ethiopia’s Defence Minister, Lemma Megersa, is under a house arrest as of this morning. Last night, the Chief of the Army, General Adam, called Lemma and told him that: (1) the PM doesn’t believe his services are needed any longer, and (2) that he should not leave his house until further notice. Not sure where to start on this but if there is one thing that exposes Abiy Ahmed’s zero-sum politics and his dangerously Machiavellian mindset, it is his betrayal of Lemma Megersa. Yes, he betrayed the Oromo cause that brought him to power and singled out Oromo nationalism and unity as a threat to his power and things that must be eviscerated, but Lemma is the man who put Abiy ahead, and made him a PM. Without Lemma, Abiy would not have become a PM, and indeed the entire OPDO cabal would not have received the backing of the Oromo public. If he is capable of betraying Lemma Megersa, everyone else must be expendable cogs within his political machine. His party is now purged of all dissenters and critical voices and the opposition camp is totally muzzled. Abiy is so intolerant that he even arrested Lidetu Ayalew. What kind of threat does Lidetu represent to Abiy? Most people might see this as a momentary power-struggle between individuals and groups but it is impossible to isolate this event from the larger events that dominated Ethiopia’s politics since Haacaaluu’s assassination. And it goes to the core of whether the Ethiopian body-politic, as an idea and a project of the future, will survive or not.