The former Pope had set aside 400 priests accused of abuse

Pope Benedict XVI deposed nearly 400 priests between 2011 and 2012 because of allegations that they molested children. It shows the recently published documents from the Vatican.

The Associated Press has been given access to the documents , which are based on data collected by the Vatican for use by the Holy See during a hearing at the United Nations this week.

It is reported to be the first time that the number assigned priests, in the wake of allegations of sexual abuse , made ​​clear . Previously, the Catholic Church only revealed the number of allegations of sexual abuse against children.
Last year the German-born Benedict XVI decision to leave his office , citing his advanced age (he is now 86 years) and the accompanying loss of strength . He was elected pope in 2005 and was installed on April 24 of that year.

The 400 Assigned priests , equivalent to about one in every thousand priests in the Catholic Church around the world, according to statistics from

institutet Georgetown´s Center for Applied Research of the Apostolate. 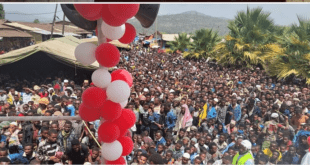