Dispatches: Yet Again, a Bloody Crackdown on Protesters in Ethiopia

Student protests are spreading throughout Ethiopia’s Oromia region, as people demonstrate against the possibility that Oromo farmers and residents living near the capital, Addis Ababa, could be evicted from their lands without appropriate – or possibly any – compensation. Social media is filled with images of bloodied protesters; there are credible reports of injuries and arrests in a number of towns; and local police have publicly acknowledged that three students have died so far. 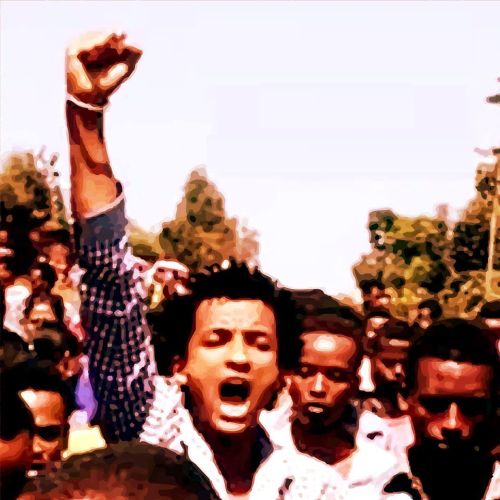 The current protests echo the bloody events of April and May 2014, when federal forces fired into groups of largely peaceful Oromo protesters, killing dozens. At least hundreds more students were arrested, and many remain behind bars. Both then and today, the demonstrators are ostensibly protesting the expansion of Addis Ababa’s municipal boundary into the surrounding Oromia region, which protesters fear will displace Oromo farmers from their land. But these protests are about much more: Many Oromos have felt marginalized and discriminated against by successive Ethiopian governments and have often felt unable to voice their concerns over government policies.

Of the student protesters detained in 2014, some have been released. Those I spoke with told me about the torture they endured as part of interrogations. But countless others remain in detention. Some have been charged under Ethiopia’s draconian counterterrorism law for their role in the protests; others languish without charge in unknown detention centers and military camps throughout Oromia. This week, five students were convicted of terrorism-related offenses for their role in the protests.

There has been no government investigation into the use of live ammunition and excessive force by security personnel last year.

Ethiopia’s tight restrictions on civil society and media make it difficult to corroborate the current, mounting allegations and the exact details of the ongoing protests emerging from towns like Haramaya, Jarso, Walliso, and Robe. The government may think this strategy of silencing bad news is succeeding. But while the fear of threats and harassment means it is often months before victims and witnesses come forward to reveal what happened in their communities, they eventually do, and the truth will emerge.

The government should ensure that the use of excessive force by its security personnel stops immediately. It should then support an independent and impartial inquiry into the conduct of security forces in the current protests – and last year’s as well. Those responsible for serious abuses should be fairly prosecuted. This would be the best way for the Ethiopian government to show its concern about the deaths and injuries inflicted on the students, that it does not condone the use of live ammunition against peaceful protesters, and that those who break the law are appropriately punished.