May 7, 2016 Comments Off on Kenya disbands refugee department, to close Dadaab and Kakuma camps

Nairobi, May 6 (The Star) — The government has disbanded the department of refugee affairs to pave way for the closure of Kakuma and Dadaab camps.

“Due to Kenya’s national security interest, the government has decided that hosting of refugees has to come to an end,” Karanja Kibicho in a statement on Friday.

“The government acknowledges that this decision will have adverse effects on the lives of refugees but Kenya will no longer be hosting them.”

Kibicho asked the international community to back the move.

“The international community must collectively take responsibility on humanitarian needs that will arise out of this action,” he said.

Kenya had said it would repatriate all Somali refugees and close camps in the northern region.

Interior CS Joseph Nkaissery said in 2015 that refugee camps, particularly in the Dadaab complex, had become hiding places for terrorists and their agents.

But Kenya backtracked on plans to close down Dadaab after intense pressure from the international community.

Kenya has hosted more than a half a million refugees for more than two decades.

Nkaissery said more than 200,000 Southern Sudan nationals are living in the Kakuma camp.

So far, 4,214 Somali refugees have been repatriated under the UNHCR assisted programme.

Dadaab which is 80km from Somalia’s border, was set up by UN in 1991 for Somalis fleeing violence and famine in their home country.

Terrorism: Why Dadaab refugee camp is no longer at ease

After the September 21 attack, calls for the expulsion of Somali refugees out of the country have dominated parliamentary debates and took hogs of space in the local and international media.

Nairobi, November 12, 2013 (The Star) –THE Dadaab refugee camp complex in Garissa County is home to almost half a million Somali refugees who fled their country due to two decades of civil war. The camps cover a total area of 50 square km and are within an 18km radius of Dadaab town. It comprises of Ifo1, Ifo2, Dagahaley and Hagadera camps.

Since its inception in the 1990s, the camps have been clouded in controversy ranging from smuggling of goods and weapons from the neighbouring Somalia to harbouring terrorists. But it is the latest terror attacks in the country that renewed claims that the camps house deadly gangs of terrorists that orchestrated and co-ordinated numerous attacks including the Westgate Mall attack that left 69 people dead and more than 200 injured.

After the September 21 attack, calls for the expulsion of Somali refugees out of the country have dominated parliamentary debates and took hogs of space in the local and international media.

The chairman of the Parliamentary Committee on Administration and National Security, Asman Kamama, said parliament is determined to push for the closure of Dadaab and Kakuma camps, describing it as a ‘nursery for terrorists’ despite strong opposition from human rights groups.

“The United Nations must understand the security of Kenyans comes first. Even if it is about human rights, it should not be at our expense,” said Kamama when he led the parliamentary committee members to the Westgate Mall.

“It is confirmed that quite a number of these crooks planned this terror attack from a refugee camp. Go back to Somalia or ask the United Nations to take them to another country. We don’t have a pact with Somalia on refugees,” Kamama, who is also the MP for Tiaty, added.

But a statement by the Cabinet Secretary for Interior Joseph Ole Lenku was even more harsh and damning. “Some of these refugees have abused our hospitality and kindness to plan and launch terror attacks from the safety of the refugee camps. This cannot and should not be allowed to continue,” while adding that the refugees “abused Kenya’s hospitality” after they were “welcomed with open arms”.

But are allegations levelled against refugees justified? Intelligence reports leaked recently have exposed the camps to suspicion and condemnation by some leaders and ordinary citizens who called for its closure.

Intelligence briefs, for instance, cite ‘Al Shabaab operatives’ who entered the country through Hagardera and Dagahley camp and planned ‘to kidnap and assassinate’ humanitarian staff, attack a church and a restaurant frequented by government officials.

The report further alleges that a businessman based in Hagardera is “facilitating the movements and training of Al-Shabaab operatives and explosives from Garissa to Nairobi”.

“About 33 al Shabaab militia aged between 20 and 23 from Somalia have entered the country through Hagardera and Dagahley refugee camps,” said the brief.

The intelligence sources also say that prominent Somali businessmen dealing in ‘illegal trade in sugar, drugs and weapons’ are working in cohorts with terror syndicates in the camps who are ‘determined to continue attacking security establishments’ in the country.

At the same time, the report says that the militant group dispatched to Kenya a group of 20 amniyats (the group’s elite intelligence unit) called Madax Jibshe (head breakers) ‘trained in assassinations by use of small arms’.

“They planned to first proceed to Hagardera refugee camp where they would be assisted by an amniyat facilitator,” say the intelligence source.

Somalia’s ambassador to Kenya, Mohamed Ali Nur, however, came to the defence of the refugees against accusations after fingers were pointed at them, saying they are also victims of terror and ‘unspeakable violence’.

“I really do not like what I see in the media saying that the refugees are terrorists. I can understand the feeling of the Kenyan government and the people of Kenya; the burden that these refugees have placed on them. But there are rules and laws that govern international refugees which say that refugees cannot be returned forcefully to where they came from,” he said.

“The refugees themselves have been victims. Some of them were killed, some women were raped and kids were killed,” he said.

Laban Osoro, the deputy executive director, Kituo Sheria, said Kenya must not punish all refugees for the criminal acts committed by few. “Can asylum or refugee status and Kenya security coexist, or for Kenya to be safe must refugees go?” he asked, adding that refugees and asylum seekers ‘are becoming an easy scapegoat’ for the fight against terrorism.

Osoro called on the security machinery to use intelligence reports in tackling terror attacks before hand, instead of collectively condemning genuine refugees who are too ‘victims of two decades old civil strife’.

Humanitarian agencies have maintained that all refugees are properly vetted and documented before being accepted into the camps.

On the domestic front, the Refugee Act was also enacted in 2006 which paved the way for the establishment of the Department of Refugee Affairs which has assumed greater responsibility for refugee and asylum seekers in Kenya.

The department recently raised a storm when it announced the expulsion of refugees from urban centres back to camps and their subsequent repatriation to Somalia. 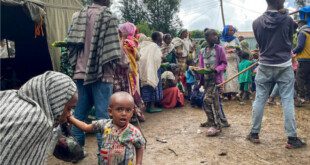 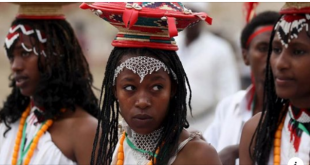 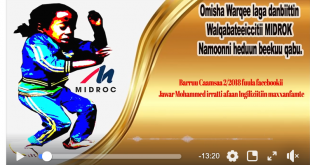 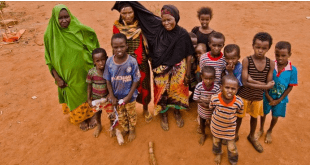