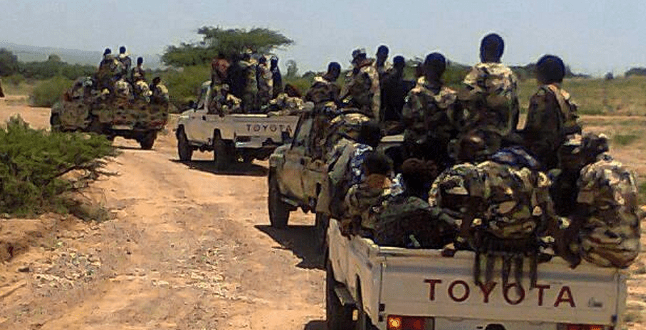 The Ethiopian-Somali regional state militia known as ‘Liyu Police’ have killed 4 and injured 2 innocent civilians in oromia East hararge zone and displacing the population.
For the past month the Liyu Police have been attacking, harassing and displacing civilians in the lowland region of Mayu Mulluqe county (woreda) in East Hararge zone. Attacks have taken place in and around the municipalities of Qumbi Goohaa, Seelaa Jaajoo and Aanaa Miinoo. Many have fled these areas to neighbouring places such as Burqa Tirtira and the vacated areas remain under the Liyu police occupation, until this report is filed.