OPDO failed once again to answer the legitimate demands of the Oromo people! | Bilisummaa.com Oromia Shall Be Free. Dhimma Sabaa
Oduu Haaraya

OPDO failed once again to answer the legitimate demands of the Oromo people!

January 13, 2016 Comments Off on OPDO failed once again to answer the legitimate demands of the Oromo people! 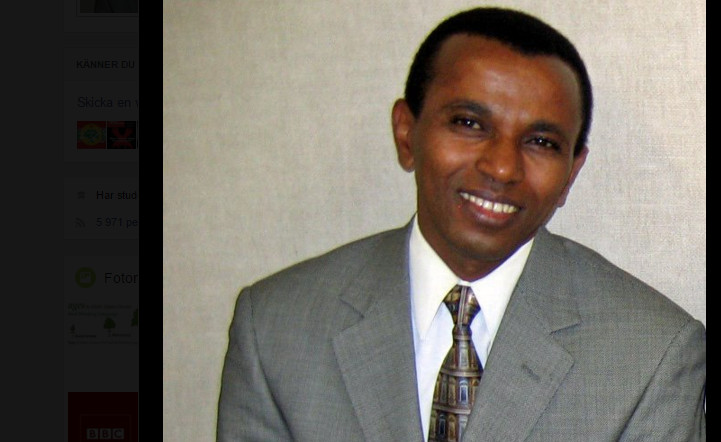 The Central Committee of OPDO, the party that represents the ruling EPRDF and the Federal government in Oromia, just issued a press statement with no legal or policy force with the hope of calming down the ongoing Oromo people’s protests against systemic political, economic and social exclusion and marginalization in Ethiopia.

This disingenuous OPDO press statement is a perfect representation of the Ethiopian political culture of pervasive disrespect for the people. It is the hybrid culture of political deception and betrayal, and the indoctrination propaganda that Ethiopia borrowed and domesticated from the Soviet Union and China. It is a political lie and elitist thinking that assumes people as gullible fools that political cadres can ride through political gimmicks.

The reality is the Oromo people has over 10 million Oromo youth in the school systems throughout the country, and it is 21st century where information is available at ones fingertips. History is repeating itself here. Emperor Hailesilassie’s government was overthrown by failing to answer the question of the citizens it educated. EPRDF is bound to repeat the same history by refusing to answer the legitimate demands of the Oromo youth that itself educated.

Just as a side note, about 74% of Ethiopian population are under the age of 30 while most top EPRDF leadership are in their 60s, 70s and 80s. They completely lost touch with the younger generation while they are blinded by ill-gained riches and making busy their old archenemies in the EPRP and the Derg regime.

The OPDO Central Committee political statement is a mischievous scheme. It doesn’t have any legal or policy effect on the federal government and the Addis Ababa City Administration, the two entities that preys on Oromo farmers land as wild beasts. It does not have any effect even on the Oromia Regional government.

If anyone doubts these assertions, let’s look at why the OPDO Central Committee’s press statement did not address any of the Oromo people’s demands.

1. No Call to establish “National Investigation Commission” to bring to justice the Killers of the peaceful Oromo protesters and compensation to the victims.

By refusing to heed to the peaceful demands of the Oromo people, the Ethiopian government political leadership abdicated its leadership to the security forces who are killing, mass arresting and abusing the Oromo people with impunity.

OPDO, who claims to administer Oromia, has the rights to refuse the involvement of federal forces in Oromia when the Oromia police and the Oromia national guards could have been enough to keep peace. That didn’t happen.

The Ethiopian federal government political leadership including the Prime Minister did not even verbally acknowledged the grievances and the legitimate demands of the Oromo people that they themselves engineered.

Instead, the federal government copied from the Obama Administration’s “global war on terror “playbook by establishing Afghanistan, Iraqi or ISIL style “Command Post” declaring war on the Oromo people whom the government designated as “terrorists “and “demons”.

So far, the “Command Post” of the Ethiopian federal government security forces have killed over 140 peaceful Oromo protesters and detained over 5,000 prominent Oromo leaders including political party leaders, business people, farmers and students.

The OPDO press statement neither asks for the withdrawal of federal security forces from Oromia nor demands investigation into the coldblooded killings and maiming of Oromo youth by these forces with impunity. It neither asked for the establishment of national investigation commission to bring the killers to justice nor calls for government compensation scheme for the victims’ families. There is no call to stop the ongoing mass arrest and the release of unlawfully and unjustly detained Oromo farmers, students and community leaders. That is what Ethiopia’s nominal federal structure looks like.

What is then in the OPDO’s statement? Let’s look into other key structural issues.

2. The OPDO press statement does not address the Ownership and property rights of the Oromo people to their ancestral land.

One of the key demands of the ‪#‎OromoProtests‬ are the Oromo people’s ownership rights to their ancestral land and rejection of forced evictions programs of the Ethiopian government that make Oromo farmers landless and homeless beggars; all in the name of development.

The OPDO press statement is completely silent on this key demands of the Oromo people.

The Ethiopian government is the darling of global farmland and natural resources grabbers who lease one hectare of Oromo farmers land for a year for 99 years with a price less than a bottle of Coca-Cola.

The Ethiopian government cadres and their proxies become overnight billionaires through backdoor deals by selling prime Oromo farmers land. Their customers are the same evils whose ancestors bought and sold Africans as slaves and colonized African countries, except Ethiopia, under the dubious civilizing missions. Now, they came to evict our people in the name of development making our people landless.

In Ethiopia, the Ethiopian government is the feudal landlord while the Oromo people are tenants who could be evicted and disposed of their ancestral land at any time by political decision of any government political leaders and cadres. There is no legal recourse where the farmers could defend themselves and their property rights.

The Oromo people have no ownership and property rights on their land. Either the federal through its “Federal Government Land Bank or Federal Land Corporation” or through its proxies in Oromia owns the Oromo people’s land.

Over the last ten years alone, government’s own data indicates that about 2.2 million farmers are evicted from their fertile lands in highland areas in the name of investment and development; and resettled in malaria infested low land areas.

Addis Ababa City alone evicted about 200,000 Oromo farming households from 29 kebeles(counties) around Addis Ababa. In Addis Ababa itself, the number of urban poor’s who were evicted of their prime urban lands in the name of investment and thrown to the outskirt of the city are countless.

Ethiopian can devise better land policy that will facilitate the development of its people instead of spearheading third round colonization through resource and land grabbers.

Worse, it did not even suggest any intention to reinstate and financially compensate those Oromo farmers who were unlawfully evicted and robbed off their ancestral lands.

The language the OPDO Central Committee used in the press statement is very ‘interesting.’ It says the OPDO “stopped” the so called “Addis Ababa Master Plan.” I am not sure what that means? Does it means they terminated and cancelled the Master Plan in its entirety? If so, on what legal basis and how?

OPDO, as a political party, has no legal authority to “stop” the Addis Ababa Master Plan. The Addis Ababa City Administration and the Federal government knows that very well. Just for the sake of argument, the Master Plan was supposedly developed between the city of Addis Ababa, a chartered city under the federal government, and Oromia National Regional State. It is only the responsibility of these two entities to jointly cancel and terminate what they jointly started. OPDO as political party can make statements but cannot change anything on the ground until Oromia and Addis Ababa jointly cancels and terminates this Master Plan.

Now that the Oromo people rejected this poly in its entirety, it is only the joint decision of Addis Ababa City Administration and Oromia National Regional State that will cancel and terminate this dubious Master plan in its entirety. OPDO Central Committee press statement, therefore, is a political gimmick with no legal and policy basis to be taken seriously.

4. OPDO didn’t mention the need to immediately abolish the exclusionist “Monolingual language Policy of the Federal Government” that destroyed the Oromo people, and the making of Afaan Oromo federal working language!

The other key demands of the #OromoProtests is the demand to make Afaan Oromo federal working language on equal footing with Amharic. The Monolingual Policy of the Ethiopian Federal Government is the policy tool engineered to exclude and marginalize the Oromo people from the federal government institutions and opportunities, and the two charter cities of Addis Ababa and Dire Dawa; both of which are located in Oromia.

OPDO knows very well that the Oromo youth, which constitutes about 74% of the Oromo people, have no hope, no future, and no chance in the monolingual Ethiopia.

The OPDO press statement does not even mention or allude to this major exclusionist language policy. If the EPRDF government have any interest in building inclusive Ethiopia, making Afaan Oromo the federal working language side by side with Amharic should be the first order of business.

If OPDO claims to represent any interests of the Oromo people, it should be making Afaan Oromo the federal working language. The Oromo people will not continue to live under this barbaric and godforsaken policy.

5. Economic exclusion of the Oromo people in Ethiopia is another key structural issue.

The Economic exclusion and marginalization of the Oromo people in the Ethiopia economic structure have reached a breaking point. The Oromo people are completely excluded from all economic sectors particularly in the service sectors, mining, manufacturing and the knowledge economies.

OPDO press statement did not say a word on this key sector. If OPDO does not speak for the economic interests of the Oromo people let it not speak forever.

Then, why did the OPDO Central Committee issue this press statement besides bamboozling the Oromo people? Have your say!