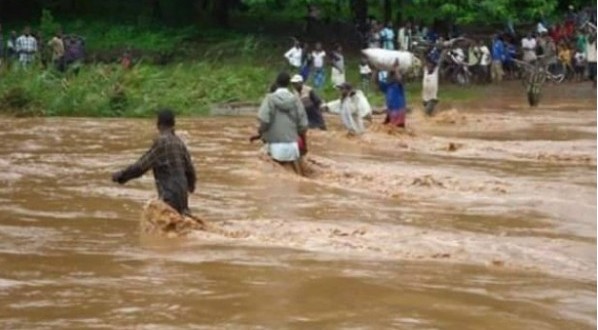 Dire Dawa: The recent flash floods are worsening the situation for many drought-affected communities in Ethiopia. “The rain has led to livestock deaths that in their weakened state are more susceptible to illnesses. For many this was the last hope they had,” said Mohamed Hassan, Head of Norwegian Refugee Council (NRC) operations in the Jigjiga region in Ethiopia.

The recent flash floods in some of the drought-affected regions in Ethiopia is worsening the already dire situation for affected communities. “Not only are families losing their remaining livestock, but the heavy rain is making the roads inaccessible. Roads are turning into raging rivers and our trucks carrying food assistance are unable to reach many communities,” Hassan said. The Ethiopian government has reported that 28 people have lost their lives due to the floods in Jigjiga, one of the worst affected areas. “If people don’t get aid I am afraid that human lives might be lost,” Hassan warned.

Ethiopia is experiencing one of the most severe droughts in half a century due to the effects of El Niño. The rain in the Afar, Amhara and Somali regions of Ethiopia can also potentially increase the transmission of water-borne diseases as the water sources are compromised, the UN warns. This is particularly concerning among the displaced population. “Over the last days we have met people who have lost their last entire livestock, which means they lost their livelihood. They cannot do anything but to hope for more food aid,” said Hassan.

The Norwegian Refugee Council warns that flooding in the drought-stricken regions may result in more people relying on emergency aid. If the current rain does not deliver enough water the harvest will not start in time, and it is likely to further increase humanitarian needs. “Ethiopia has suffered vicious cycles of drought over the years. However, in the past the drought peak occurred every ten years. Now the intensity and the frequency of the drought is felt every two to three years,” said Hassan.

Ethiopia has availed 400 million dollars for the drought and received over 400 millions of dollars from the international community. However, the scale of the developing emergency due to the drought exceeds resources available. Over 10 million people in six regions are identified for emergency food assistance in 2016.“It is important to see this drought not only as a food crisis. Above all it is a livelihood crisis,” Hassan warned.

“We will see this situation again and again. We need to empower people so that they can help themselves. We must not only truck water to communities; we must ensure permanent sources of drinking water. We must not only hand out food, but also help people find alternative livelihoods and focus on livestock health. Although people here say this drought is the worst in their lifetime, they will likely be forced to live through another drought in the future,” Hassan said.

“The affected communities still have to see the fruits of the rain. So far they have only seen more death of their livestock.”