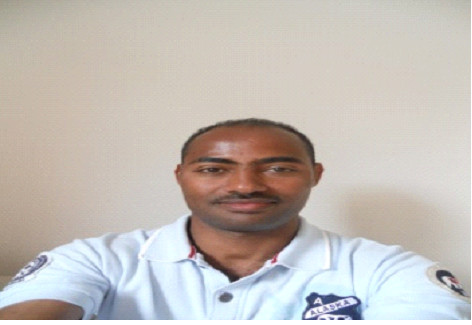 In Ethiopia , EPRDF has set unconstituional legislation to protect its own crime against the people
and to prolong its life span on power. The new Press Law and the Controversial Anti – Terrorism laws are some of the mechanical devices the dictatorial government muzzles opposition voices and fundamental human rights. Those who dare to ask their right are left behind bars. These days two-third of the population is left to a complete destitution; and more than ever, a great deal of citizens are forced to leave the country as their security or livelihood is drastically under risk. The consistent prejudice and the day to day injustice committed against those who cry for impartiality are clear indications that authorities running the judicial system are not qualified rather hand picked to implement the interest of the governing party without questioning the judgment is unfair or just.

The outcry and misery of Ethiopians are not limited only for those who are living inside the country, under the iron grip of EPRDF. Unprecedented number of refugees and immigrants living on foregin land all over the world, who are not partakers of the oppression , are also crying. The cry longing for the end of tribalism, despotism, racial segregation, and fascism that reigns in the country; and this cry is not merely out of their mouth but flaming out from their gut out of desperation.

As the gruesome human right violations are getting worse, many Ethiopians are left with no other option than leaving the country, crossing borders in tears. In the process of this forced migration, many Ethiopians cry for being victims of illegal and inhuman organ trade (trafficking) in sinai and other dessert s. Quite many cry falling in the fierce Jaw of beasts while crossing jungles. Others risk their life crossing dangerous sea and ocean waves on worn out boats under the shadow of death; and many of them cry while capsizing to be buried under sea bed or becoming live preys for sharks.

Our sisters living in Middle East and Arab countries are crying under the shackle of modern slavery; being denied their wage for the harsh labor work they are subjected for. Some become victim of boiled oil by their employers and cry bearing life threatening burns and scars on their face and bodies. As if these are not enough to bear on their weak shoulder, many of young girls are being raped without their consent and become hopeless to get any legal protection or justice. Some have lost their life being thrown off high building and those who are lucky to survive are crying being disabled. Still a lot are crying as they are being chased for having no residential permit or paper, locked in prison where they sustain inhuman corporal punishments.

Currently , in Ethiopia the Anuak nation is crying as they become victims of genocide. The Amharas are also crying as they are being displaced from place to place and treated as unwanted citizens in their own country. The same fate is hunting Oromo people and they cry in solitary and mass confinement in shaggy prisons scattered all over the country. Scholars are crying as they are being sentenced to death for writing or telling the truth. Religious and sacred places have become war zones. Monks and nuns cry as they are being flogged and persecuted in Waldiba monastery. Who is not crying ? The whole nation is crying; crying by the same cause: unlimited injustice and human right violations of EPRDF.

Through different means of incarceration and even by systematic killing of oppositions, EPRDF has become the sole governing party of the country for the last two decades; yet it couldn’t win the heart and mind of the people. There are times the party applies a fear-appeal management to make people submissive for its power; terrorizing people on racial and religious grounds. Sometimes,it threatens citizens to lose their work or other benefits unless they stay loyal to the party and keep silent to ask their right. At first, the party was playing racism as a winning card to stay in power and to win pubilc trust ; but that couldn`t yield any fruit. Knowing its failure, now, it has been a few years since EPRDF has started to play advocacy for some sentimental and nationally honored concepts which the party doesn`t really committed to or belive on. For instance, recently, the party invested a lot resource to celebrate The Ethiopia Millennium with the people as if it didn`t deny that and said the country has only a history of one century. Again , as if EPRDF didn`t degrade the honor of the country `s flag and called it ” a piece of rug, ” now it has started to celebrate flag and culture days nationally.

Not only these, EPRDF is currently using the Nile dam, Hidase as a hot cake to lure the appetite of the nation to get his back. However, the people are well aware of its motives and understood these acts of the party have no real essence to cheer beyond being instrumental to stay in power. If there is one thing the party doesn`t understand or still not will to admit is that EPRDF was not, is not and will not be able to earn public trust and support.