There is no ethnic conflict between between Oromoo and Somali. And there shouldn't be under any circumstances whatsoever. | Bilisummaa Online
Oduu Haaraya

There is no ethnic conflict between between Oromoo and Somali. And there shouldn’t be under any circumstances whatsoever.

September 14, 2017 Comments Off on There is no ethnic conflict between between Oromoo and Somali. And there shouldn’t be under any circumstances whatsoever. 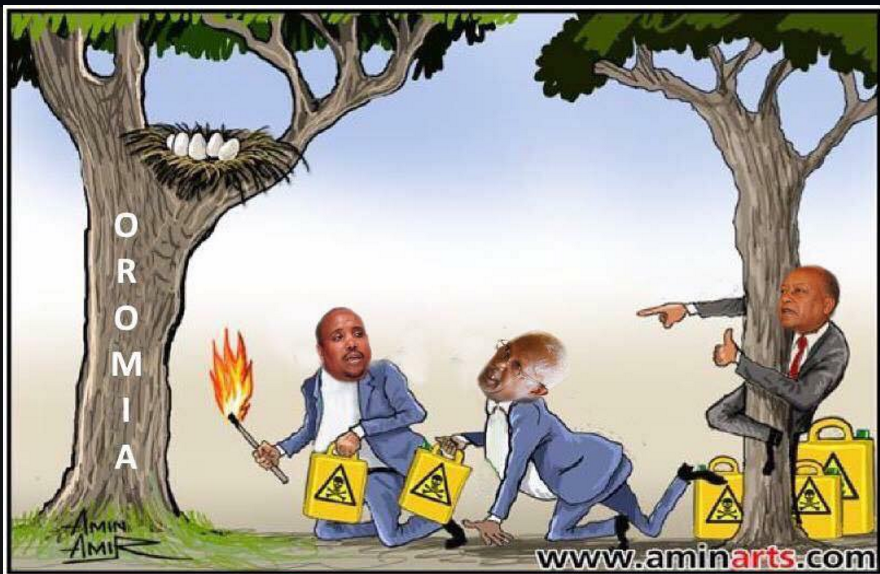 We , the Somali and Oromoo share so many things in common more than any other nation in Ethiopia. But , the TPLF regime and it psychopath Abdi Iley deadly want to frame it as ethnic conflict.We, Oromoo and Somali should be vigilant more than any time to foil and avert the current TPLF drama by whatsoever we can because we have one and only one enemy , TPLF thugs, that want to elongate its life by creating ethnic and fear mongering.

-And there is there is no border conflict between Somali regional government and Oromia regional government . The only conflict is Wayane proxy war in the name of notorious Liyu police of Somali.
– Dear Somali brothers and Sisters , I would like to implore you not fall in the traps plotted by tyrant regime by taking the proxy war by TPLF as ethnic conflict between us because we are brothers and sisters that are being oppressed by common enemy. More than anytime we need to be cautious to avoid playing the role character of in the film TPLF is preparing. And we need to contribute our share to foil the venomous TPLF drama with all what we can.