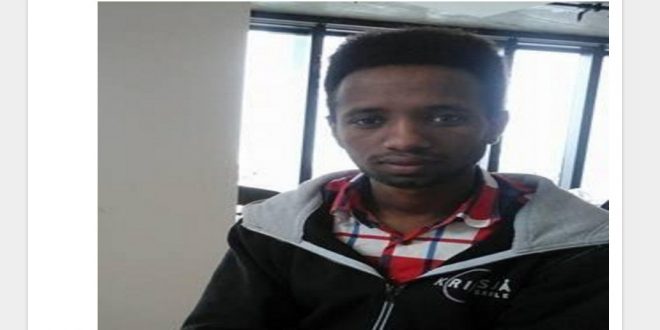 TPLF STATE OF EMEREGENCY, THE SYSTEMATIC NEW NAME OFAPARTHEID IN ETHIOPIA MUST STOP!!!!

STATE OF EMERGENCY apartheid word meaning “separateness”, or “the state of being apart”, literally “apart-hood” is a system of Racial in Ethiopia enforced through legislation by the ruling party Tplf or EPRDF the killer governing party from1991. Under state of emergency apartheid, the rights, associations, and movements of the majority Oromos and Amharas inhabitants and other ethnic groups are curtailed, and Tigre is maintained. Apartheid in Ethiopia is developed after1991by the tigray people-dominated Party TPLF and EPRDF organizations. The ideology is also ruling part EPRDF, which is administered by Tigray people leaders.  By extension, the term is currently used for forms of systematic segregation established by the state authority in a country against the social and civil rights of a certain group of citizens due to ethnic prejudices

Ethiopia began in colonial way apartheid   under the TPLF empire, and continued until know. Tplf undercover policy of Apartheid as an officially structured policy is introduced more and more after the general election of 2015 or after wining of the election 2015 100%.  Legislation classified inhabitants into two “tigray”and “Ethiopia”. From 1991 to still, million’s Ethiopians are removed from their homes, and forced into segregated neighborhoods, in one of the largest mass removals in modern way. Non-EPRDF   political representation in abolished in 2015 election.  Tplf apartheid sparked significant internal resistance, violence, and a long arms and trade embargo against the government and their own business Starting in the2015 November, a series of popular uprisings and protests resulted in a retaliatory ban of all opposition, and the imprisonment of anti-apartheid leaders like Bekele Gerba and all others politician. As unrest spread and became more effective and militarized, state organizations responded with repression and violence. Along with the sanctions placed on Ethiopia by the international community, this made it increasingly difficult for the killer government to maintain the regime. Revolution is begin in the all country, in Oromia, Amhara region and the other places of Ethiopia. After  EPRDF Party gained 100% power in the parliament.   Apartheid tplf government immediately began enforcing existing policies of racial segregation under a system of legislation that it called state of emergency which is apartheid. Under apartheid, non-tigre Ethiopian’s (a majority of the population Oromo and Amhara) would be forced to live in separate areas to the government and their supporters are block all social media like face book, viber, twitter, e-mails in the all country except Tigray   and contact between people are the banned.

Tigray supremacy had become central aspects of Ethiopian policy long before timing apartheid began. Marked the beginning of territorial by forcing non-tigre Ethiopians to live in reserves and making it illegal for them to work as sharecroppers.

Know the government had banned relation between Ethiopian and Tigray people of other races by state of emergency, and prohibited colonial relations between tigrians and non-tigrians in Ethiopia. State of emergency provided the basic framework for apartheid by classifying all Ethiopians by race with tigrians.

Since 1991 and now by state of emergency, most resistance leaders had been captured and sentenced to long prison terms or executed this would draw international attention and help garner support for the anti-apartheid cause now in Ethiopia in the all world including EU.

Apartheid Comes to an End Ethiopa

Know after 25 years, when thousands of children in all OROMIA, AMHARA, CONSO and the rest of the country, demonstrated against TPLF OR EPRDF by the word ”DOWN DOWN WEYANE DOWN” ALL students across the country, the police opened fire with tear gas and bullets. The protests and government crackdowns that followed, combined with a national economic recession, drew more international attention to Ethiopia and shattered all illusions that apartheid had brought peace or prosperity to the nation. The United Nations General Assembly must denounced apartheid, and in the UN Security Council must to impose a mandatory embargo on the government of minority tigre grope.  United Kingdom and United States of America  imposing economic sanctions on the country.

Under pressure from the international community, the government of TPLF or EPRDF sought to institute some reforms. The reforms fall short of any substantive change, however, and by the pressure to step aside in favor of TPLF or EPRDF.  TPLF apartheid government subsequently repealing the Population Registration Act,  as well as most of the other legislation that forming the legal basis for apartheid. We need new constitution and a new constitution,   which enfranchise  the majority groups and other racial groups and new general election is necessary for marking the official end of the apartheid system in Ethiopia and to building the real country for justice and equality.