US President Barack Obama said he has decided to take military action against Syria, but will seek authorisation from Congress before he does.
Oduu Haaraya 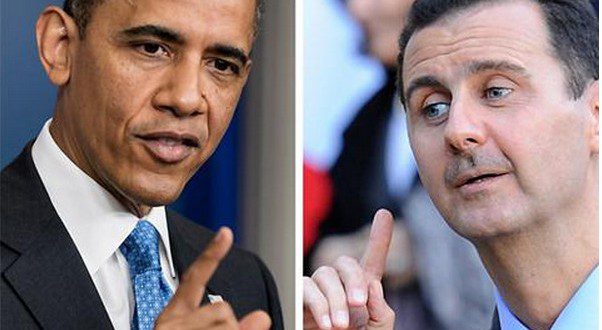 US President Barack Obama said he has decided to take military action against Syria, but will seek authorisation from Congress before he does.

August 31, 2013 Comments Off on US President Barack Obama said he has decided to take military action against Syria, but will seek authorisation from Congress before he does.

Obama said on Saturday that the US had presented a “powerful case” linking the government of Syrian President Bashar al-Assad to an alleged chemical weapons attack in the Damascus suburbs last week.

“It is a danger to our national security,” he said, “that risks making a mockery of the global prohibition on the use of chemical weapons.”

In a brief statement delivered at the White House, Obama told reporters that the US military was prepared to launch a “limited” strike, which analysts say will likely entail firing cruise missiles at Syrian army targets.

“I’m confident we can hold the Assad regime accountable for their use of chemical weapons and deter this kind of behaviour and degrade their capacity to carry it out,” he said.

The president made no mention of when he will seek authorisation from Congress, but lawmakers are scheduled to return from recess on September 9. House speaker John Boehner said they would begin debating a measure on that date.

There were some initial critical reactions from lawmakers, notably Senators John McCain and Lindsey Graham, two longtime Syria hawks who said they would not support a military strike that did not try to topple Assad.

“We cannot in good conscience support isolated military strikes in Syria that are not part of an overall strategy that can change the momentum on the battlefield,” they said in a statement.

“Syrian government troops are on the offensive and have surrounded the opposition in several regions. In these conditions, to give a trump card to those who are calling for a military intervention is utter nonsense,” Putin told reporters in Vladivostok city near the Chinese border.

Syria has denied carrying out the attack, and Prime Minister Wael al-Halqi said on Saturday that Syria’s army is ready for potential foreign strikes against it and has its “finger on the trigger”.

The meeting had been scheduled for Tuesday, but was advanced “in light of rapid developments in the Syria situation and based on the request of several Arab states,” Ben Helli told reporters.

Louay Safi, spokesman for the opposition Syrian National Coalition, told Al Jazeera that Obama’s statement was a “failure of leadership” and urged the US to act more decisively.

The US is struggling to rally international support for an attack on Syria, and a strong statement from the Arab League would be a boost.

The British parliament rejected a motion calling for military action on Thursday night. The French government, however, still seems committed to military action.

Obama spoke on Saturday with French President Francois Hollande and thanked him for his “principled commitment to upholding the international norm against the use of chemical weapons”.

In a report released on Friday, the US said the attack killed 1,429 people, including more than 400 children. Aid agencies cited lower figures, saying that 355 people were killed, with as many as 3,000 injured.

A team of UN weapons inspectors left Syria on Saturday, after finishing gathering evidence about the alleged attacks. The organisation handling the investigation said it could take up to three weeks to finish the analysis.

US officials have already said they will not wait for the results.