The Amnesty International, AI, report contains graphic accounts of harassment, intimidation, arbitrary and indefinite detention in formal and secret detention centres, extra-judicial killings and disappearances of innocent civilians on mere suspicion of individuals for sympathies with the Oromo Liberation Front. Collective punishment sometimes punishing entire neighbourhoods and penalising a close relative in place of a suspect, and mutilation and rape in detention are also common place in Oromia. Peaceful demonstrators are wantonly beaten, tortured and mutilated, and many suspects indefinitely disappeared. The AI report is thoroughly detailed and it is based on information gathered in real time from real victims past and present, and from close family and friends of victims and from observers on the ground. The report provides specific cases that constitute crimes against humanity and violation of international law against arbitrary and cruel punishment. Whilst the report brings forth the regime’s arbitrary and lawless behaviour, it must be said that it only scratches the surface, as the reality is even much worse.

There is no question that details unearthed by AI constitute extra-judicial killings and violations of international law. If disputed, the facts can be verified but the regime has to agree and guarantee another neutral investigation. The fact remains that the Oromo people and indeed all the different population groups in Ethiopia are undergoing a harrowing experience under abject misrule with no respite. What is happening in Ethiopia that AI report brought forth is a denial of basic freedoms including freedom to
organise, freedom of expression, freedom to life and personal security, the freedom to be judged and the freedom to take part in decisions over ones affairs. As experience somewhere showed such lawlessness by governing elites lead to complete breakdowns and increased violence leading to even worse mass suffering and deaths and engulfing ever wider areas within the country and beyond. On experience of similar tragedies elsewhere including Somalia, Liberia, Sierra Leone, Afghanistan, Iraq and Syria, the behaviour of the current Ethiopian regime constitute a clear and present threat to international peace and security, which should not be ignored.

Your Excellency, my people were brought under Ethiopian domination through violent conquest during the Scramble for Africa and made part of the expanded Empire of Ethiopia. My organisation was forced to resort to armed resistance to regain Oromo people’s national rights only after the previous imperial regime adopted violent repression to Oromo attempts at peaceful processes to regain their basic human and democratic rights. The military dictatorship that replaced the imperial regime in 1974 initially raised hopes for a democratic alternative but soon snuffed the life out of any such hopes by instituting an intolerant one party dictatorship that respected no law, trampled elementary democratic practices and denied our people’s right to determine its destiny. The violation of basic human rights by that regime was also well documented by AI and many other human rights organisations.

My organization the OLF and the core of the present regime the Tigrean People’s
Liberation Front, TPLF, were during the Marxist military regime on the same side opposing and exposing the lawlessness and excesses of that regime, and they solemnly committed themselves to institute a democratic future for all the oppressed peoples in Ethiopia. They also agreed to recognise their respective peoples’ rights to decide their own affairs and to freely determine their future destiny. They were partners also in organising a transitional programme enshrined in a charter which guaranteed basic liberties for the individual and self-determination of peoples including the Oromo. According to the transitional programme, all peoples in Ethiopia would govern their affairs and participate in central government on equal basis. The process meant to guarantee equality and a level playing field for all parties with stake in the process.

Unfortunately, within less than two years of the transitional exercise, the TPLF and its stalking-horse the Ethiopian Peoples’ Revolutionary Democratic Front, EPRDF, systematically drove all autonomous organisations out of the transitional process and ever since running a one party dictatorship. While opposition parties are registered in name, in an echo of practices in eastern European countries during the Cold War, their members face constant intimidation, harassment and repression and their political activities severely curbed. Similarly, the regime in Ethiopia does not tolerate any criticism of its arbitrary actions, not even a peaceful demonstration by the affected people. The peaceful protests in Oromia at the beginning of the current year 2014 was triggered by the regime’s arbitrary plans to extend the city limits of Addis Ababa against the wishes of the Oromo people, when, as witnessed, the regime unleashing severe repression firing live ammunition on peaceful demonstrators killing many, and
detention, torture and disappearance of many more.

Your Excellency, there are undeniable changes from the era of the imperial rule and the Marxist military regime when the very name Oromo and Oromia were outlawed. However, mere facade of federal framework on paper that the current regime boasts does not amount to a real change. The trampling of basic human and democratic rights and the denial of our people’s right to decide their own affairs is fraught with further resentment and resistance. As the saying goes, a stitch in time saves nine. That is why we call on Your Excellency to bring the ever deteriorating situation in Ethiopia to the attention of the Security Council asking them to adopt measures that impress on the TPLF/EPRDF regime to uphold basic freedoms including freedom of expression, organisation, peaceful demonstration, and respect for the national rights of the Oromo people.

It will be recalled that the regime in Ethiopia has on several occasions during the past two decades organised sham elections to justify its misrule. However, far from giving it legitimacy, the charade has only deepened the mistrust and scorn of the Oromo and all other peoples and political players in Ethiopia. Regardless, the regime is again busy to run a similar election in 2015. The result is of course simple to predict. In view of the total obliteration of any meaningful competitors, the TPLF/EPRDF will retain power and the status quo will be maintained. This is an opportunity for the Security Council to act to prevent maintenance of the status quo, which would speed a slide down the treacherous trail trekked in the past by similar tyrannical regimes in Sierra Leone, Somalia, Liberia and Syria with ruinous consequences. Your kind and swift action is
much appreciated. 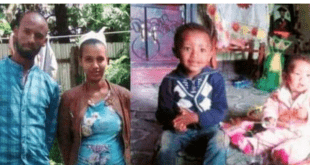 The Lost Oromos of 2022 Humans of Oromia Annual Report

Gruesome Attacks on Civilians and Protestors in Oromia 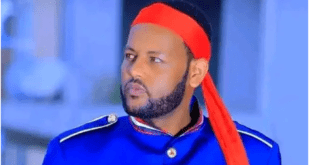 On September 11, 2022, the Government of Tigray External Affairs Office released a statement indicating their willingness …