RESPONSE OF THE OROMO LIBERATION FRONT TO PM ABIY’S CALL 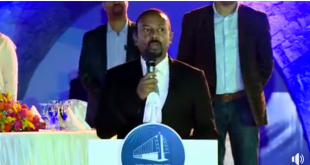 Abiy vowed to pick up his military uniforms (i.e., his guns) if he loses.