Dr. Tadelech Atomssa Keyeta is the first Ethiopian woman to earn her PhD in Physics in Ethiopia. | Bilisummaa.com Oromia Shall Be Free. Dhimma Sabaa
Oduu Haaraya 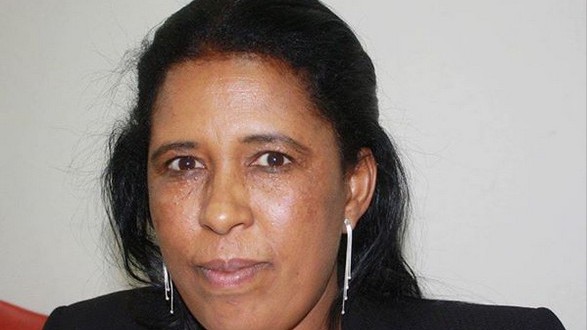 Dr. Tadelech Atomssa Keyeta is the first Ethiopian woman to earn her PhD in Physics in Ethiopia.

June 2, 2015 Comments Off on Dr. Tadelech Atomssa Keyeta is the first Ethiopian woman to earn her PhD in Physics in Ethiopia.

Discover Oromia in Africa
Her fields of specialization are Quantum Optics for her MSc and Laser Spectroscopy for her PhD. Quantum optics deals mainly with the quantum analysis of the properties of light generated by various optical systems such as a laser. Laser spectroscopy is the study of the interaction between matter and radiated energy using laser. The word laser is an acronym composed of the initial letters of “light amplification by stimulated emission of radiation”. Laser is a powerful light that can detect aspects of matter; it is used for example in cancer detection and treatment. Dr. Tadelech loves her field and loves to teach others about it. It must show, because she was voted best instructor by the University Student Council for 2012 and 2013, because her teaching methodology is so effective.

Tadelech was born in Ambo in 1968 into a family that included a much older sister and a brother on her father’s side. She grew up and went to school with her older brother’s and sister’s children most of whom were older than she was. Her father was a farmer and her mother worked in their home, caring for the children and the household. Both her mother and father strongly encouraged her education and she entered the local primary school in Guder when she was four, along with her nieces and nephews. One of her older nephews became an engineer and encouraged her to study engineering because she was talented in mathematics and science; so her first dream was to become an engineer.

In high school, Tadelech had a physics teacher in the 11th grade who was a tough and excellent teacher. Others had told her that physics was a difficult subject but she wanted to try it to see if she could prove that she could do it. She found her physics teacher inspiring and encouraging, and though it took patience, persistence and hard work, she mastered the subject and excelled. She also took the industrial arts stream in vocational training, and loved the technical work she was able to do, including electricity, woodwork and drawing. She was not the only girl in her industrial arts classes, but she was the only one who earned her diploma.

Tadelech then joined Bahir Dar Teachers’ College where she studied physics and mathematics with the intention of becoming a science teacher. After she received her diploma at the age of 19, she taught high school physics at Batu Terara Comprehensive Secondary School in Bale Goba, Oromia, for 3 years, then at Robe High School in Bale for 5 years, for two years at Sebeta High School, one year at Higher 12 Comprehensive Secondary School and one year at Entoto Technical High School both in Addis Ababa.

Meanwhile, after she had taught for 3 years, Tadelech had joined Addis Ababa University’s summer program to earn her B.Sc. in Physics, while teaching; she continued to complete the program requirements each summer, and finally, after teaching at Sebeta High School, she joined the regular university program and completed her B.Sc. when she was 31. She always loved to study and to keep learning more about her field. To enroll for her MSc, she had to compete for the one sponsorship available in physics – and to her delight, won. After earning her MSc, she joined the curriculum department of Addis Ababa City Education Bureau for one year as a curriculum expert, where she wrote a 7th grade physics text book.

After one year, she was invited to join Addis Ababa University as a physics instructor. Two years later, she enrolled in the five-year Physics PhD program at Addis Ababa University while she continued to teach physics to undergraduates half-time. Her doctoral dissertation, which was eventually published, analyzed the composition of the compounds and elements present in various kinds of tea leaves, using UV visible, and fluorescence spectrometry instruments available in Ethiopia as well as laser induced breakdown spectrometry which she was able to conduct in India. Among other things, she confirmed that green tea leaves have a much greater concentration of the catechins that have strong anti-cancer properties; there is one variety of green tea called Ethiopian green tea that grows in Ethiopia. She also confirmed that the caffeine in tea leaves is much greater per equivalent weight than in coffee, although a typical cup of tea has less caffeine than a typical cup of coffee, because the amount of tea leaves used is small. She also determined optical properties of caffeine and catechins in different solvents. Tadelech has presented a research paper on caffeine content in tea leaves in India, has published two papers in professional journals and submitted two more for publication.

Tadelech was the first woman to earn her PhD in physics in Ethiopia. While few women have studied physics at the university level, the number is growing. Today there are 2 women PhD students and one 4th year, three 3rd year and about 6 freshmen women students in physics. Tadelech always encourages women to join the physics department. Although there is always some drop-off from the numbers in freshman class to graduation, Tadelech says that this year’s freshman class has more women than in previous years.

Tadelech believes that women students who drop out sometimes don’t have the confidence that they can have a career in physics and still have marriages and families. When they marry and have children, they lose their hope of pursuing physics as a career. But Tadelech, who is married with two children, has found her husband and her children to be very supportive of her career. Her oldest daughter is a medical doctor, completing her education at Addis Ababa University, Black Lion Hospital and her son is in the 11th grade. It is difficult as a woman to balance the responsibilities of family, household and career, spreading your time and energy more thinly between your obligations. She says that careful planning and support from your family can make it all work.

Tadelech would like to conduct further research in the field of quantum optics and laser spectroscopy in the future, though she will have to find a way to acquire more equipment for the university in order to do more. The university has only one laser instrument, which is not powerful enough to do the kind of research she would like to do. She hopes to find sponsors to help acquire more and better equipment and to collaborate on research projects with colleagues in other countries. She would like her research to focus on using laser technology for studying and analyzing cancer, so that her work can be of direct benefit to people. At the moment, cancer patients who have the resources go abroad for their diagnosis and treatment. But Tadelech hopes that Ethiopia invests in its talent and the necessary equipment so that patients can be treated in Ethiopia. And she hopes the number of women holding PhD’s in physics continues to grow.

Tadelech believes she was able to succeed as one of the few women in physics because she loves the subject and she always refused to believe she couldn’t do it; she says her belief in herself is strongly embedded in her. If she decides she wants to do something, she plans carefully, works hard, and has the confidence to succeed and persevere. She always strives to go farther in her field and her career.

She says that her own experience has taught her that planning your time and using it efficiently make success possible. She advises girls and young women: “Use your time efficiently to achieve success in your chosen field. Know yourself and identify your abilities carefully. Be persistent and visionary. There will always be barriers to overcome, but you can be successful if you plan your time, do your work efficiently and work hard. “

The source is from Ethiopian inspiring and shining professionals page. 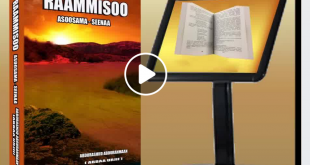 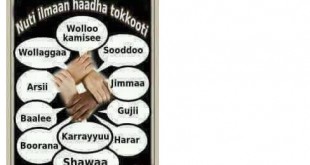 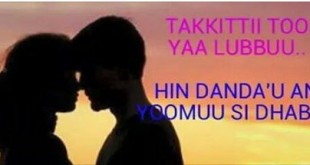 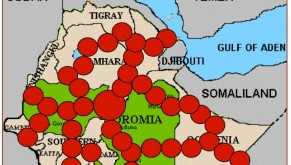 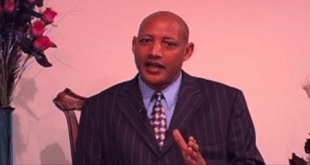